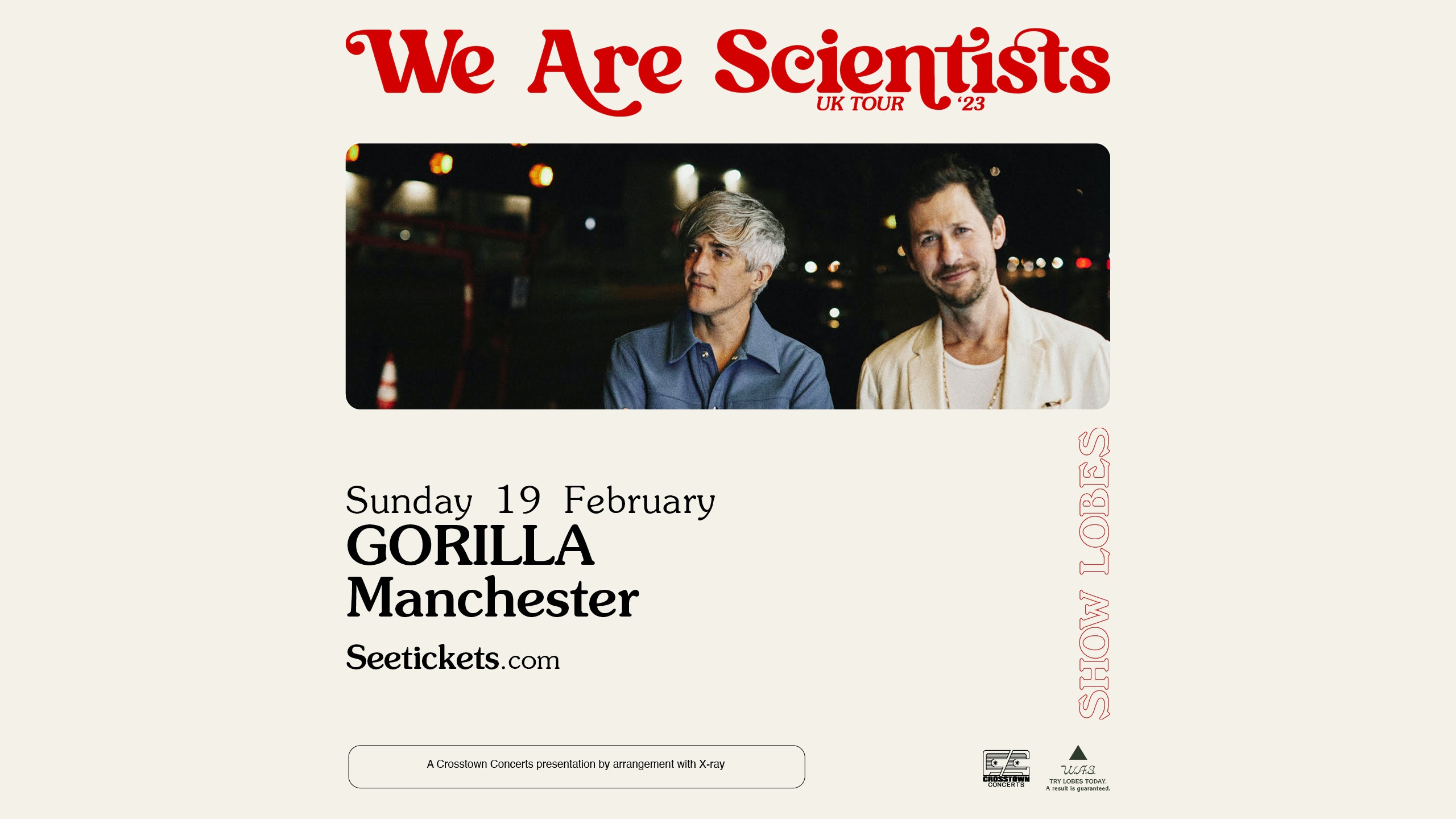 We Are Scientists is an American indie rock band featuring Keith Murray (guitar and lead vocals), Chris Cain (bass guitar and backing vocals), Max Hart (keys and guitar) and Andy Burrows (drums). Co-founder Michael Tapper (drums and backing vocals) left the band in 2007 and is currently a member of the bands Bishop Allen and Fool’s Gold. They formed in 2000 in Claremont, California, United States.

Their name was inspired by an awkward conversation with a U-Haul employee who was inspecting a van that the band had rented. The U-haul employee, attempting to make polite conversation, asked the three bespectacled band members if they were brothers. They said no. He asked if they were scientists, as they looked like they could be the kind of people who wear lab coats. They told him that they were musicians, not scientists. To this day, they regret telling the truth. They are not named after the Cap’n Jazz song which bears the name.