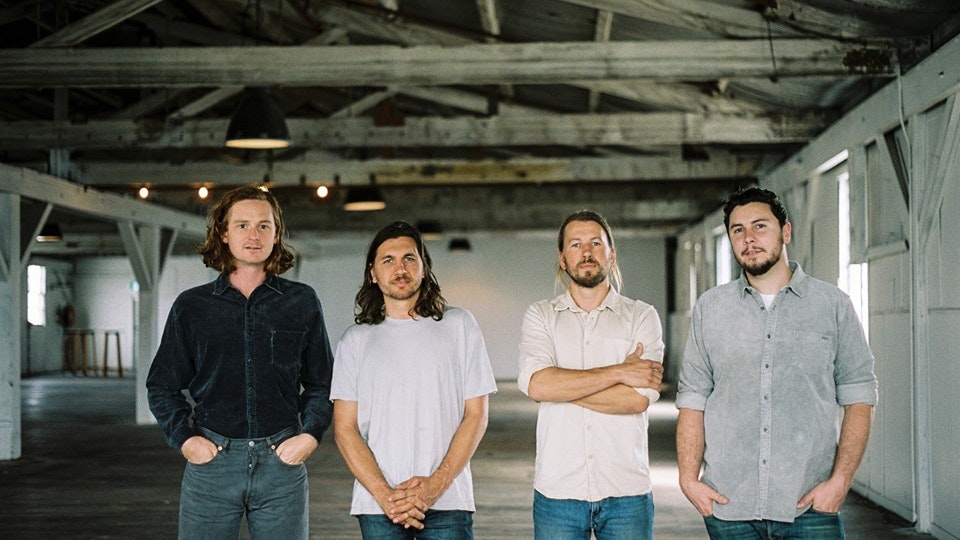 The Teskey Brothers – Venue change: moved to The Ritz.

Opening with a false start and a song called “Let Me Let You Down”, you might be wondering if Australia’s The Teskey Brothers are trying to hint at something. But any concern about their second album, Run Home Slow, the highly anticipated follow up to their much-loved 2017 debut, is immediately allayed once the band kicks in, for real this time, all shuffling rhythm and guitar stabs coated in Josh Teskey’s era-defying, honeyed croon.

Over the next ten wide-ranging songs, The Teskey Brothers more than deliver on the promise of their first record, Half Mile Harvest, and manage to pull off a feat that has eluded many other bands: they’ve followed up a breakthrough debut with an album that not only pushes their music in new directions, and in the process solidifies their sound into something truly theirs, but they’ve done it without sacrificing any of the charm and authenticity that endeared them to their audience in the first place.

Please note: This show has now moved to The Ritz. Refunds available from point of purchase.