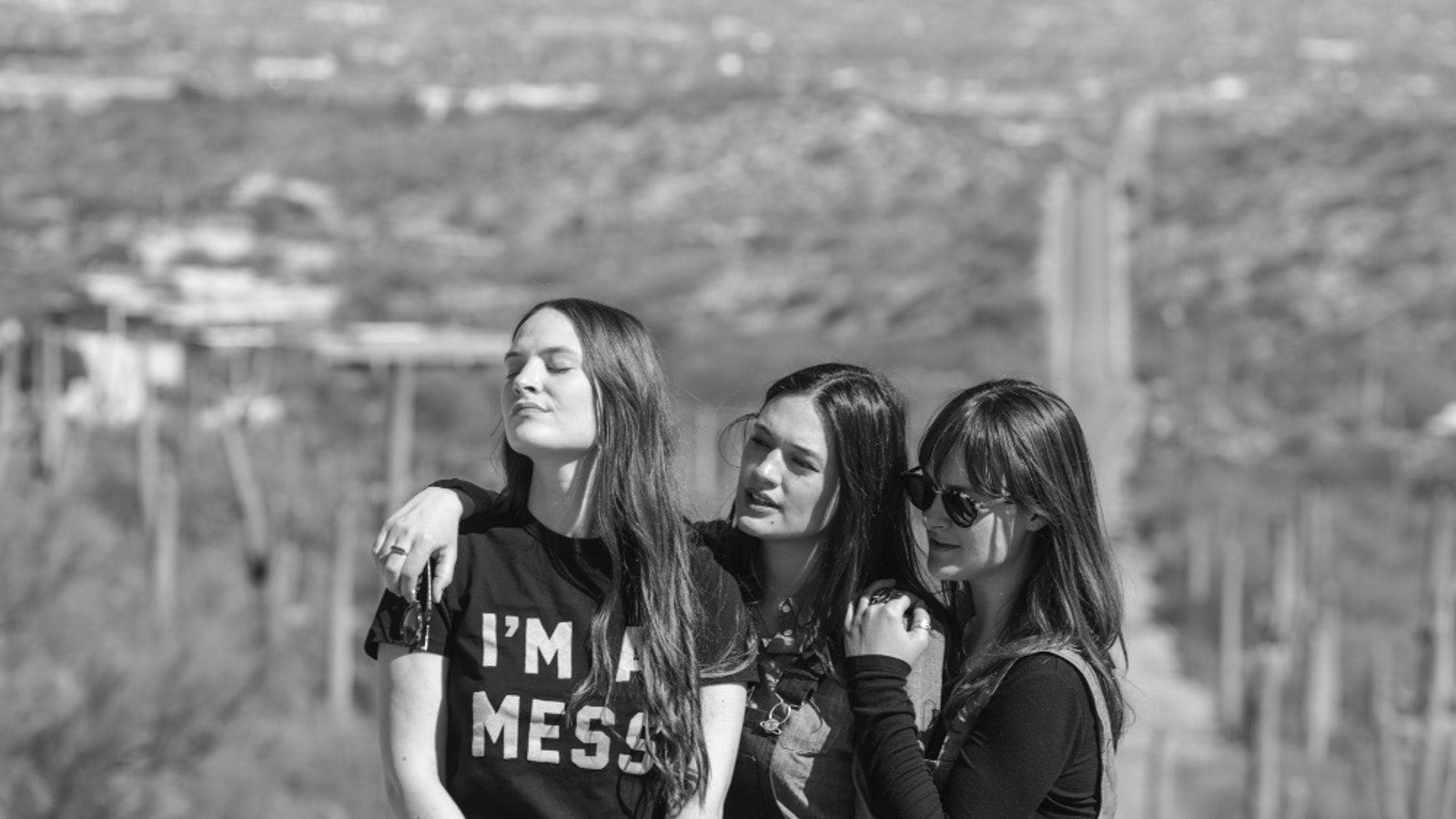 SOLD OUT: The Staves

Emily (vocals, synths), Jessica (vocals, guitar, keyboards), and Camilla (vocals, guitar, ukulele) Staveley-Taylor have been making music together since they were children, growing up in Watford, England. Brought up in a house that echoed to the sounds of Simon & Garfunkel, Crosby, Stills & Nash and The Beatles, singing in perfect 3-part harmony came naturally to these three sisters. Having started gigging in local pubs and cafes, The Staves are now captivating audiences on much bigger stages.

The Staves released their first full-length album Dead & Born & Grown, produced by Glyn and Ethan Johns, in 2012. The band spent much of the next three years touring the world, including opening spots with Florence + The Machine, The Civil Wars, Ben Howard and Bon Iver.

During the Bon Iver run, the sisters formed a bond with Justin Vernon, who invited them to visit his April Base studio, where he ultimately produced their critically acclaimed second album, 2015’s If I Was.
After relocating to Minneapolis in 2016 and the release of the 3-track Sleeping In A Car EP, the band toured North America extensively, selling out venues in major markets across the continent. To coincide with the start of their 2017 tour, they released the double A Side Tired As Fuck / Train Tracks. They wrapped up the year with the release of The Way Is Read, a collaborative album with New York City chamber ensemble yMusic. Now safely back on British soil, the band are working on their third studio album.