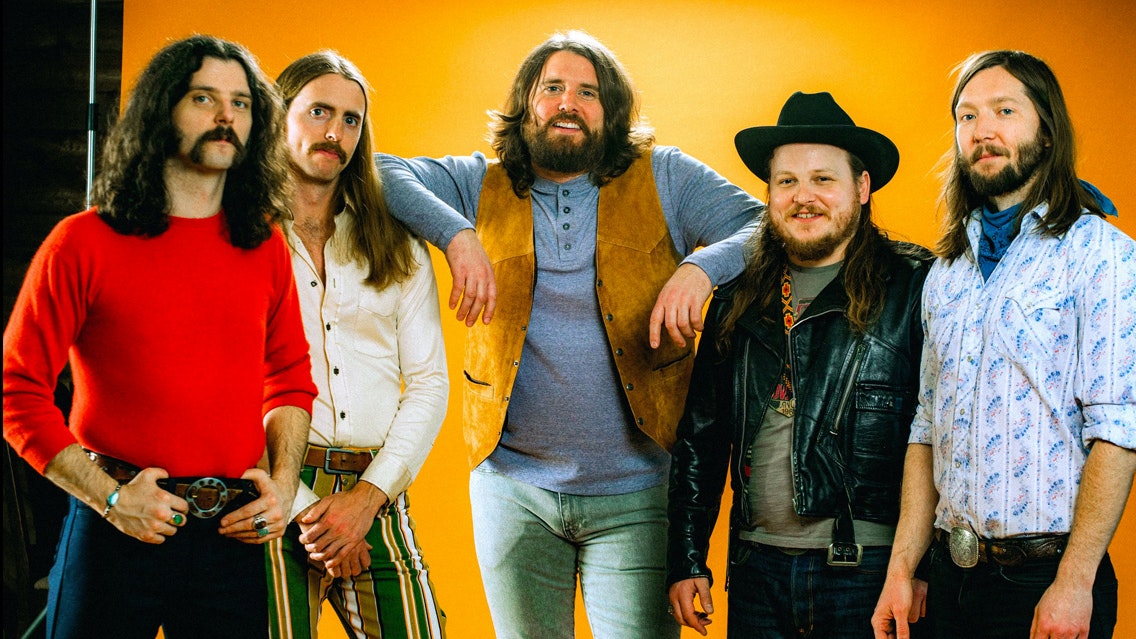 The Sheepdogs are an old time rock n roll revival every bit as dynamic on stage as they are on record. The 5 man outfit hailing from the remote Canadian city of Saskatoon, have logged thousands of hours on stage and many more on the highway as they’ve gone from playing the roadhouses and taverns across Canada to performing at every major music festival in America.

Along the way they’ve released 6 full length albums of original tunes influenced by the masters of the classic rock era. Their latest release No Simple Thing is a classic case of giving the people what they want. In uncertain times the boys have stuck with what works: a strong melody, a hot guitar lick and a good word. The result is pure and simple musical comfort food. 6 songs of heart ache, summer flings and finding salvation in the sanctity of rock n roll. No Simple Thing is a life raft for music fans in a time of great need. The Sheepdogs have had 9 top 20 songs including 3 number one singles in their native Canada.

Their albums Learn & Burn and The Sheepdogs both went platinum and yielded the platinum singles “I Don’t Know” and “Feeling Good”. They were the first unsigned band on the cover of Rolling Stone Magazine, performed on Late Night with Jimmy Fallon twice and have been nominated for 10 Juno Awards, winning 4.