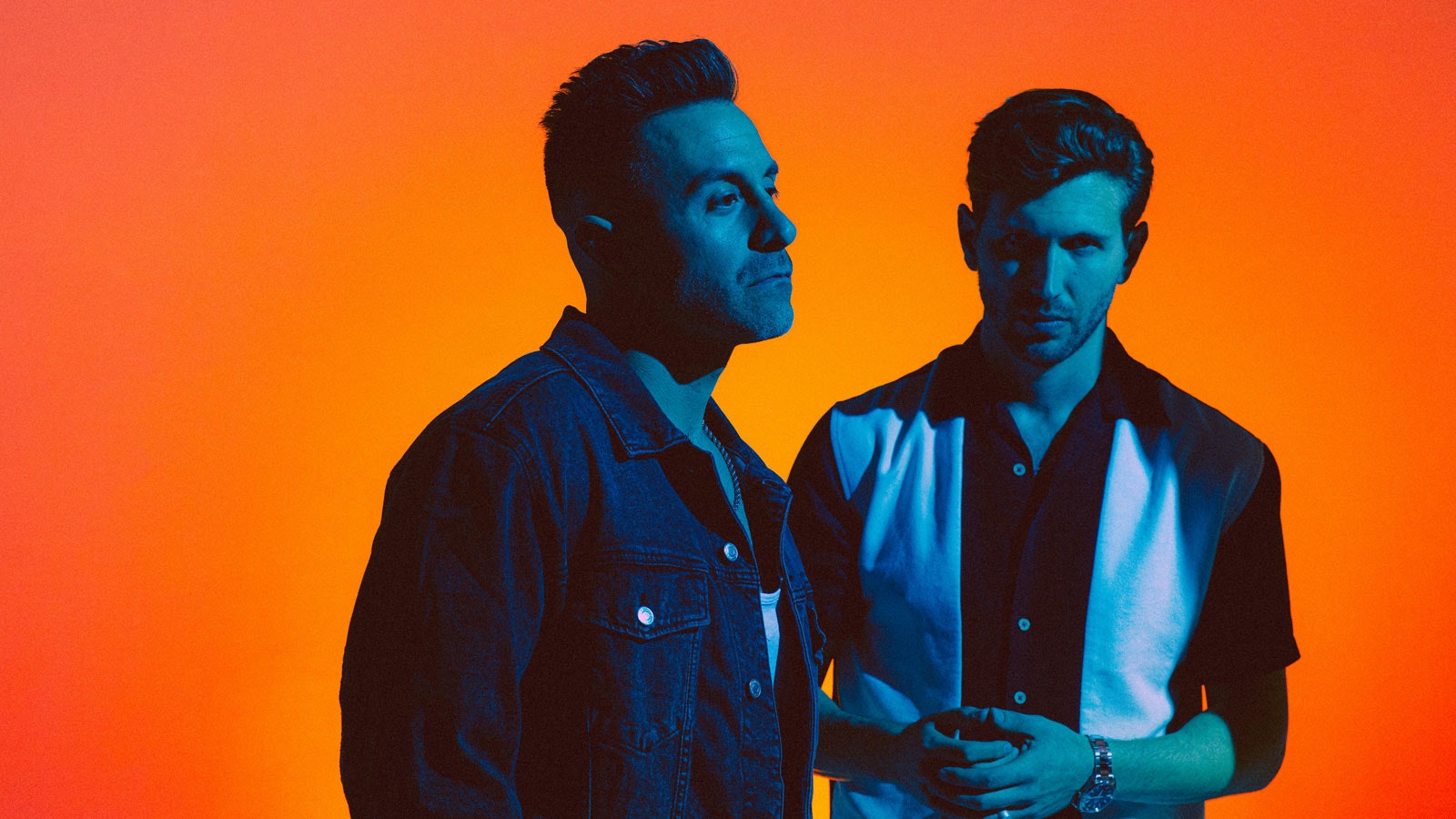 Alt-rockers The Score head to Manchester 31 May 2022 as part of their Carry On World tour.

The Score’s music has always been about overcoming adversity and finding strength to
overcome in moments of weakness, helping the Los Angeles-based duo of Eddie Anthony
(vocals/guitar) and Edan Dover (keyboards/production) win fans across the globe and rack up
more than five billion streams of the music they’ve released together since 2016. Imagine
“Yeezus”-era Kanye West producing Foo Fighters and you’re in the right ballpark — huge songs
built to rattle the walls of stadiums filled with thousands of fans singing along to every word.

But no amount of practicing what they preach could have prepared the artists for the COVID-19
pandemic, which forced them to scuttle a hugely successful European tour in March 2020 and
start forging a new artistic path.

“We played shows in a lot of countries we’d never played before and were blown away to find
that our audiences in these places were bigger than in some cities in the U.S.,” Dover says. “We
loved their energy and seeing them connect to our music, even though they spoke different
languages and came from different cultures.”

Back home with no ability to perform live, the duo drew inspiration from what they had just
experienced abroad and crafted a host of new music that will be released gradually.

“It was our own personal therapy to hit the studio everyday and get us through this period of
time,” Anthony admits. “We couldn’t be playing shows or meeting our fans. We had to put our
own experiences into the songs and make them universal for people of all walks of life.”

“Eddie and I have explored writing all types of music, but we’ve found that there’s a message
behind it that is really at the core of who we are,” Dover says. “We write motivational,
inspirational stuff. We don’t write about love, sex or drugs. We write about the human
experience and achieving your dreams and goals. Many of the songs that resonate the most
with our fans squarely hit on those themes.”

Indeed, The Score has cultivated a fervent fanbase through a steady stream of releases. The
2016 “Unstoppable” EP paved the way for its full-length Republic Records debut, “Atlas,” a year
later, spawning such hits as “Legend,” “Higher” and “Revolution” and saw the songs
“Unstoppable” and “Legend” achieve gold certification from RIAA. The 2019 “Pressure” EP and
2020 full-length “Carry On” yielded additional streaming smashes such as “Born for This,”
“Stronger”, “Carry On” ft. AWOLNATION and “Dreamin’,” a collaboration with blackbear.

Among dozens of high-profile syncs, the pair’s music appeared in the Ryan Reynolds-starring
Netflix blockbuster “6 Underground” and sound tracked campaigns for Jeep and the National
Basketball Association, among many others.

“We’re so proud of ‘Carry On,’ because it allowed us to branch out and be more of a band. We
did amazing collaborations with AWOLNATION and Travis Barker,” Anthony reflects. “With this
new batch of songs, we really wanted to get back to our roots and go down the rabbit hole with
hip-hop drums, a lot of urban influences and these big, anthemic songs. Even though the
messaging stays the same, we’re putting a unique spin on the classic, core sound.”

Adds Dover, “We really had time to step back and look at what we were doing and get smart
about the music we were making. It’s so much more than just Eddie and I. It’s our fans too, and
that relationship has a life of its own. As a fan, maybe there’s something you’re insecure about
that you thought was a weakness. But really, that’s the thing that makes you beautiful. Instead
of being feared or shunned, these flaws should be celebrated. If you channel that energy in the
right way, it can actually become your superpower.”