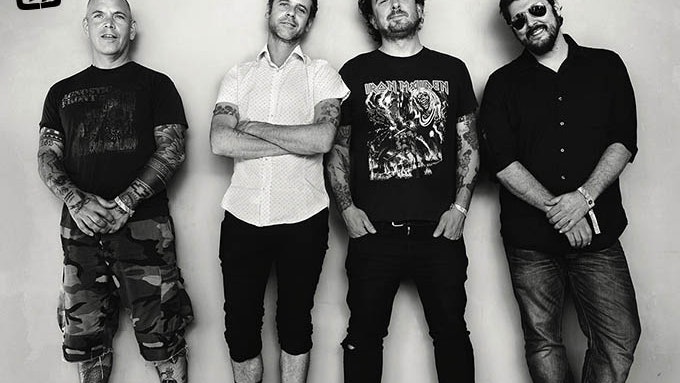 It would be easy for The Bouncing Souls to rest on their laurels when celebrating their 30th anniversary. After all, over those past three decades, the New Jersey punks have released ten full-length albums, toured all around the globe, and become one of the most respected bands of their scene. It would have been easy to sling together a selection of their best known work, write a new song or two, and hit the road for a nostalgia tour. But that’s not who the Bouncing Souls are and it’s not who they’ve ever been. Instead the four-piece—vocalist Greg Attonito, guitarist Pete Steinkopf and bassist Bryan Kienlen, who started the band in 1989, and were joined by drummer George Rebelo in 2013—decided to share Crucial Moments with the world. The new six-song EP captures who the band are now, and its accompanying book looks back on who they were and where they came from.