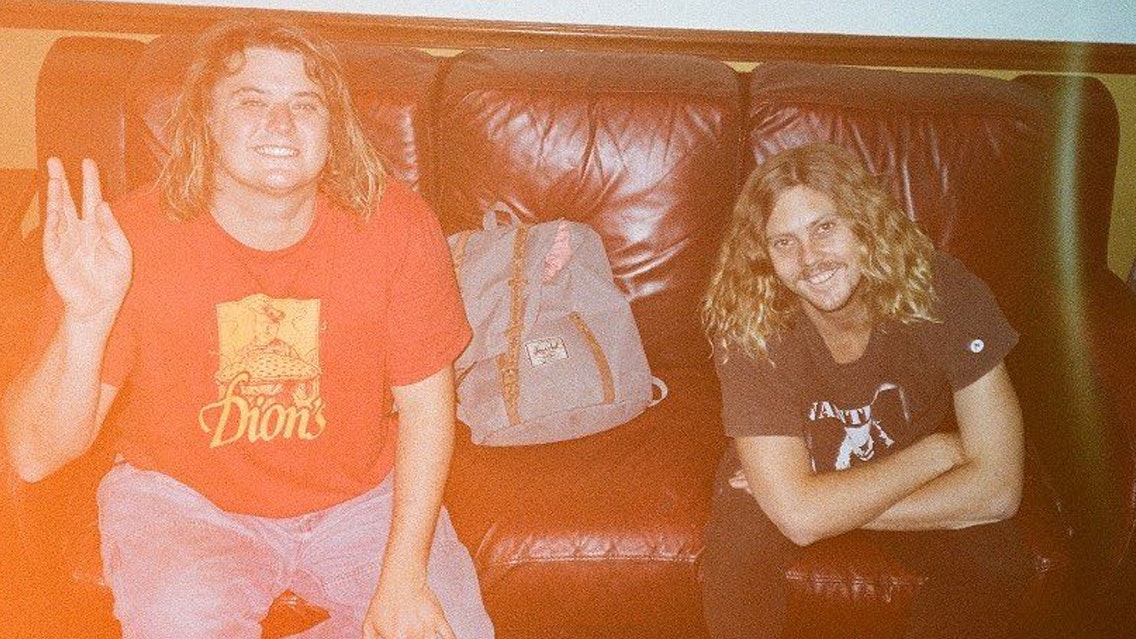 Having conquered the Australian charts, arenas and skate parks, anti-heroes Skegss now have their sights set on the UK as part of their alternative nation infiltration plan.

In addition-Rehearsal earned the trio of Toby, Ben Reed (vocals, guitar), and Jonny Lani (drums)their first cover story at NME Australia, while its singles collectively earned early praise and support from Consequence, DIY, Rolling Stone Australia (‘Song You Need to Know’) and had 2 tracks place in the triple j Hottest 100 voted singles of the year. (‘Under the Thunder’ (#27) and ‘Fantasising’ (#66)) Rehearsal was recorded at The Grove Studios with Grammy-award winning producer Catherine Marks (Foals, Wolf Alice), who added a veteran’s finesse and expanded upon the rustic charm of demos the band tracked at The Music Farm using vintage gear from the ‘60s and ‘70s. From Reed’s self-made lyrical philosophies inspired by his favourite stand-up comedians to Toby Cregan’s reflections on life and his dog, Rehearsal is the most candid and electrifying snapshot we’ve seen of Skegss yet.