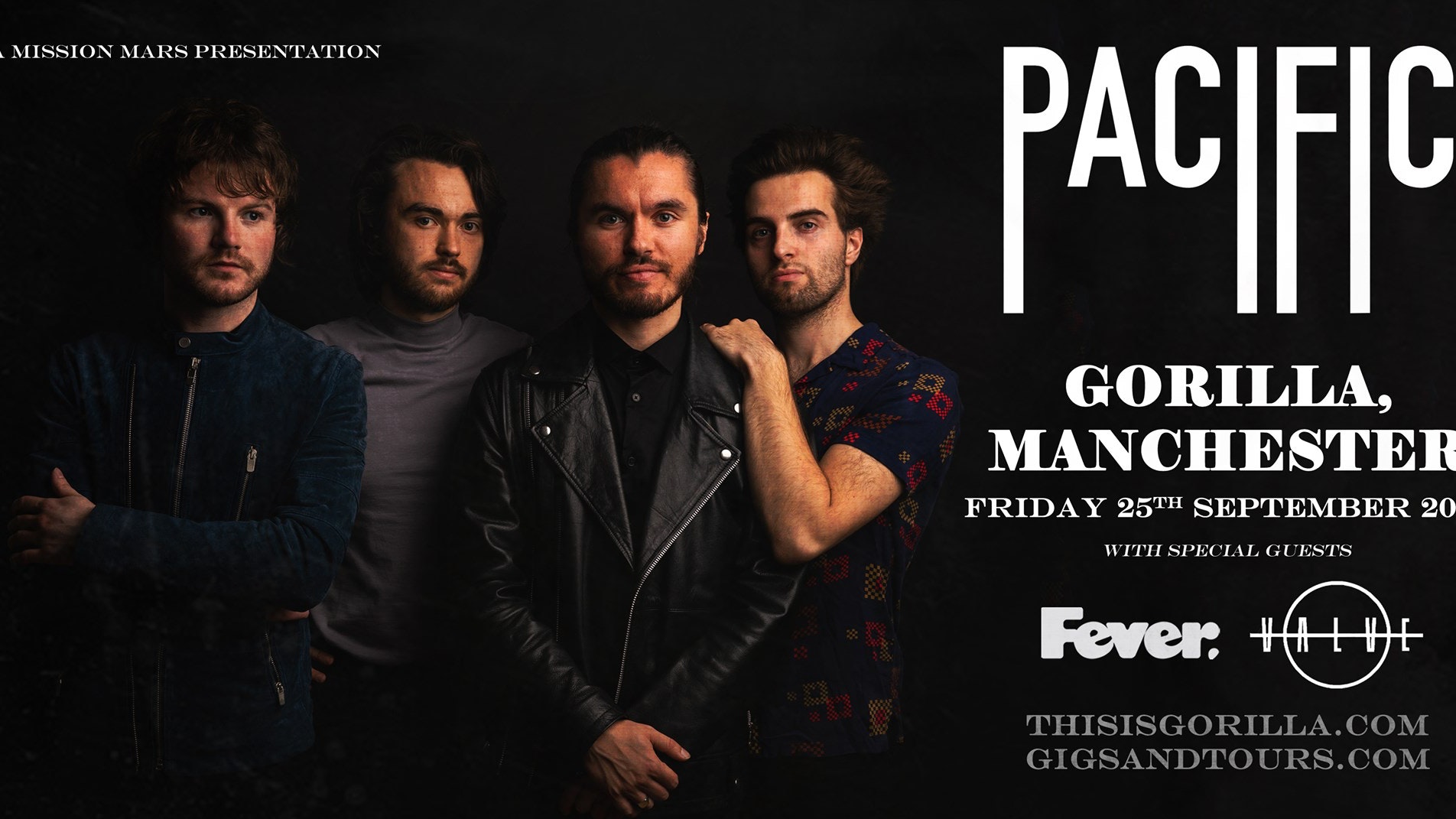 Pacific will now headline Gorilla on Friday 25th September for their biggest show to date. Support comes from FEVER + VALVE.

Piano-indie rock band Pacific, based in Manchester, UK are making a name for themselves, with their unique blend of alternative rock and indie nuances.

Having been spun on BBC Radio 1 by Huw Stephens and featured in METRO, “New band Pacific are proving indie music is getting a much needed coming back”, the band’s electrifying immediate sound has been gaining them strong momentum.

2019 alone has already seen the band sell out three shows in Manchester and Northwich, win Y Not Festival’s public vote to play the festival from 1,000s of acts that applied, as well as play a 30-minute, live-on-air gig for BBC Introducing Stoke.

Recent live slots have also included Dot to Dot Festival 2019, joining All Tvvins, The Modern Strangers, and Red Rum Club as support act on their recent tours, as well as selling out their biggest headline show to date at Night People, Manchester which was covered by Scott’s Menswear & Manchester’s Finest.

With single ‘Life in Short’ hitting over 190k streams on Spotify, plus more new music on the way, Pacific are showing no signs of slowing down in bringing piano back to modern indie music.

“Their sound is big & bold with a focus on the keys. Their music holds the injection of indie rock the charts so desperately need right now.” – Metro