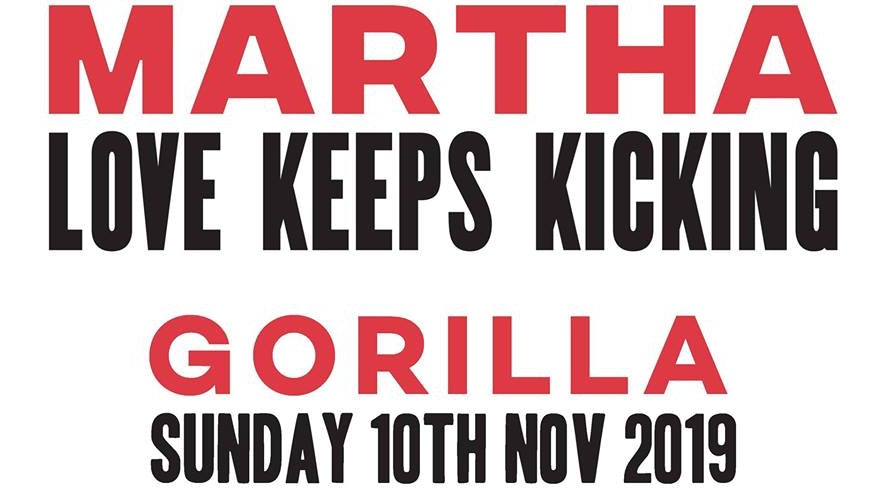 Funny thing about kicking: it’s one of the first and last things we do. In the womb, a fetus kicks to announce an immanent arrival. Meanwhile, laid out on a stretcher, the dying man is “still kicking” up until his final moment, when the last thing he kicks is the bucket.

All through life we take our kicks: teenage kicks, modern kicks, kicks in the gut. These days, with the worldwide rise of fascists, demagogues, abusers, and hypocrites, the kick we feel most often comes while we’re down.

From their sudden and deliberate first chord on Love Keeps Kicking, beloved British punk collective Martha announce their intent to kick back. Across 11 tracks, these daughters and sons of Pity Me, England, show that, while our world might be in spiral, there is still plenty worth fighting for.