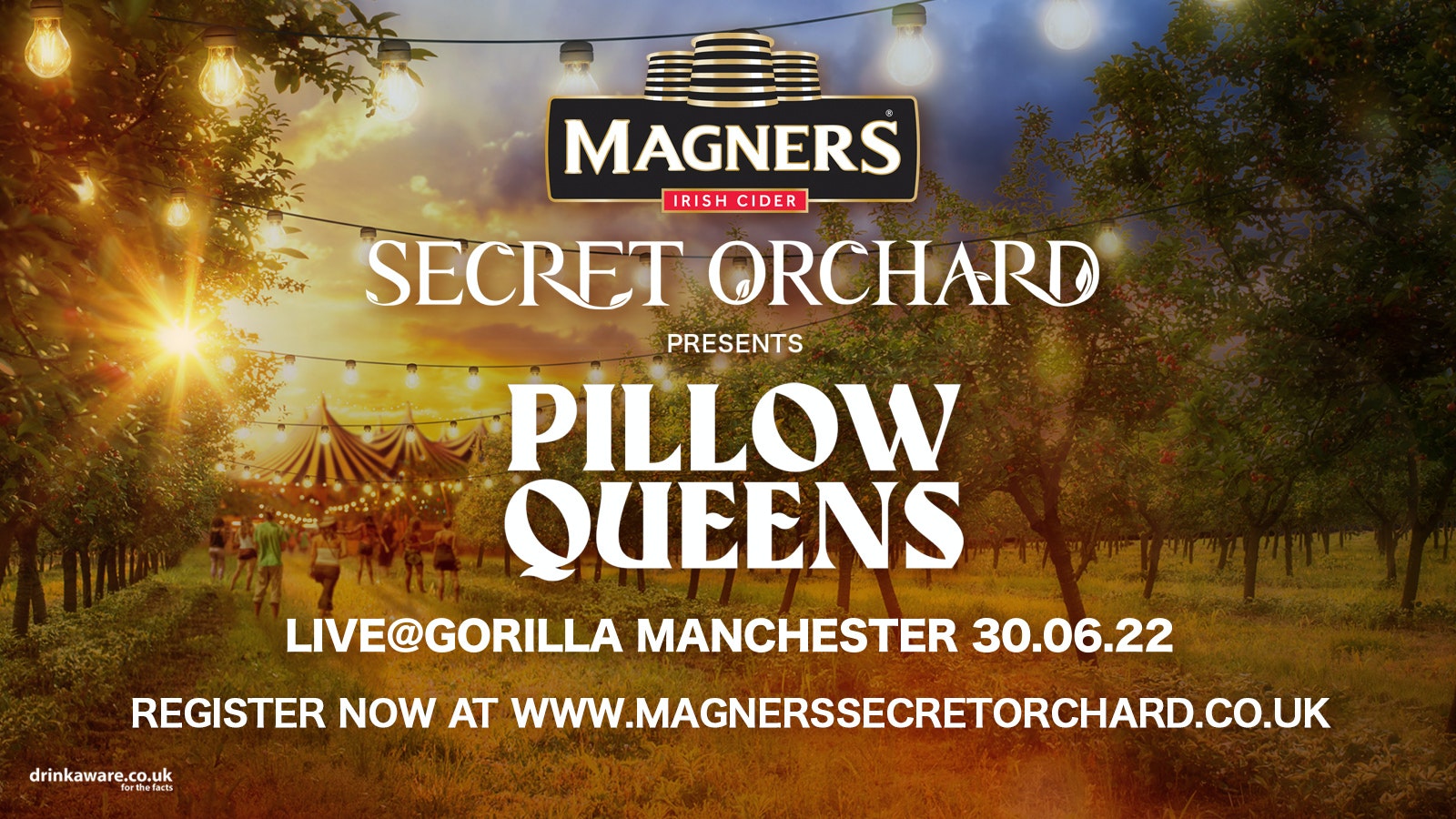 Unfortunately this event is postponed due to one of the performers testing positive for Covid 19. We will be in touch will all ticket holders with details of a new date soon.

The Dublin four-piece will kick-off the first Secret Orchard event – a series of exclusive free-to-attend pop-up performances taking place across the UK this summer.

Since forming in late 2016, Pillow Queens have seen their initial word of mouth buzz grow with every new release. From sharing stages with the likes of IDLES, Soak and Pussy Riot, to their own sold-out shows, the band have developed a community of loyal fans.

Their 2020 hit ‘Liffey’ attracted lots of attention after soundtracking a recent episode of the new BBC TV sensation, Conversations with Friends, based on the book by Sally Rooney, and was performed earlier this year on The Late Late Show with James Corden.

Magners fans can secure free tickets for the exclusive event at Gorilla on June 30, for an evening of music and ice-cold cider.

Attendees will also be treated to performances from supporting artists, a live mural artist, a secret serves bar plus an opportunity to win free prizes, games and much more.

Secret Orchard is a nod to Magners’ renowned Irish orchard and will run from June 30 to August 12, showcasing an alluring bill of secret events around the UK. The series culminates with a secret show for competition winners in Clonmel, the home of Magners, on September 9.

Made from a unique fresh juice recipe using 17 varieties of sweet, sharp and bitter apples picked from Magners’ own orchards, the refreshing cider is matured in the dark for up to 18 months for a distinctive, rounded taste and is fermented with native yeasts from the original wooden vats.