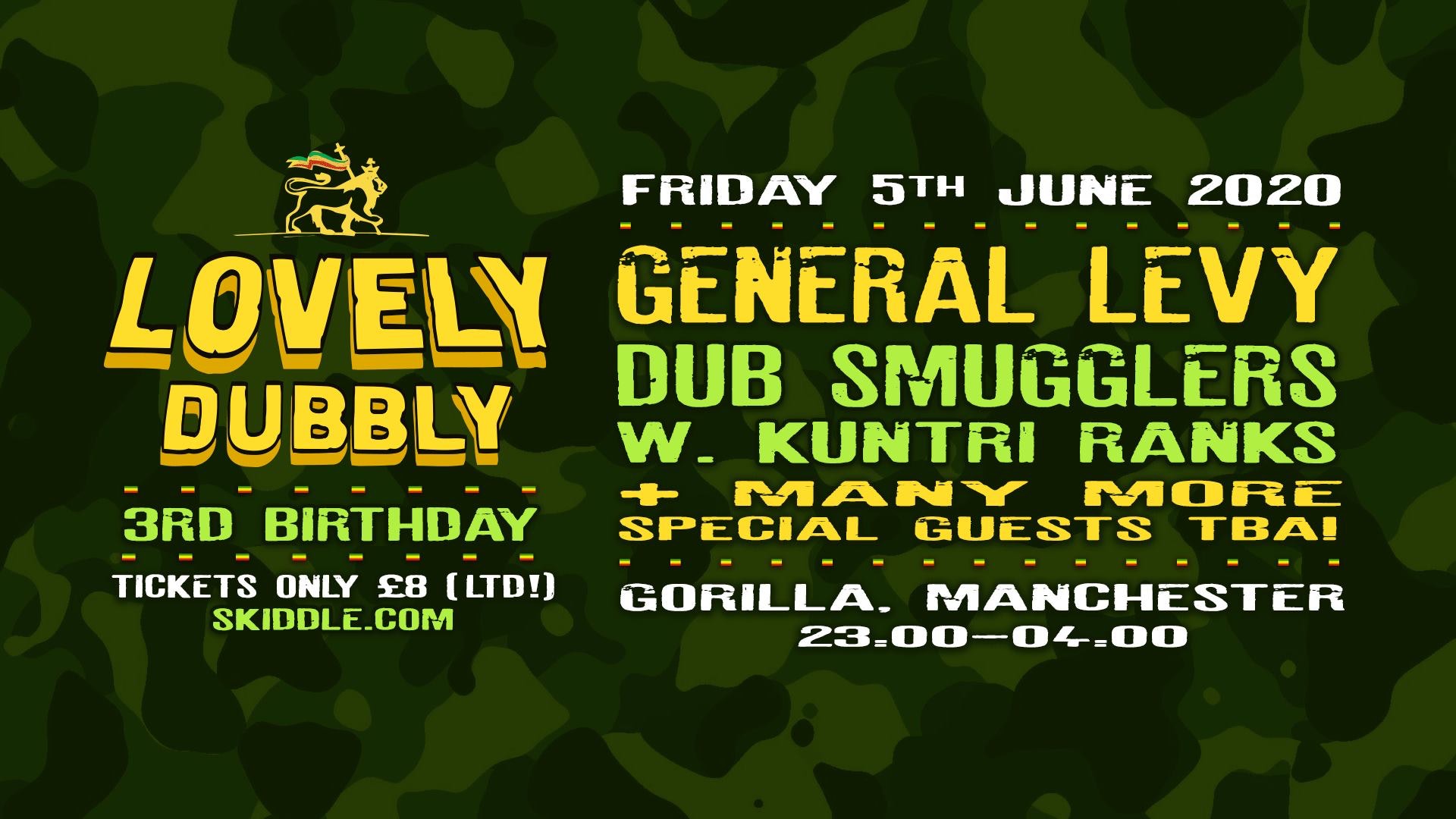 & MANY MORE SPECIAL GUESTS TO BE ANNOUNCED SOON!.

Our last Lovely Dubbly at this venue was a sell-out show and after the feedback we received we had to have this dance over there for another epic installment of Dub/Reggae/Jungle/D&B craziness ;).

Loads more information coming soon, in the mean-time, if you wish to get involved for less than a tenner then secure your entry sooner rather than later as the £8 tickets will fly out sooner rather than later! Shouts all Lovely Dubbly crew each and every time, we look forward to partying with you lot once more as we celebrate this special occasion 🙂