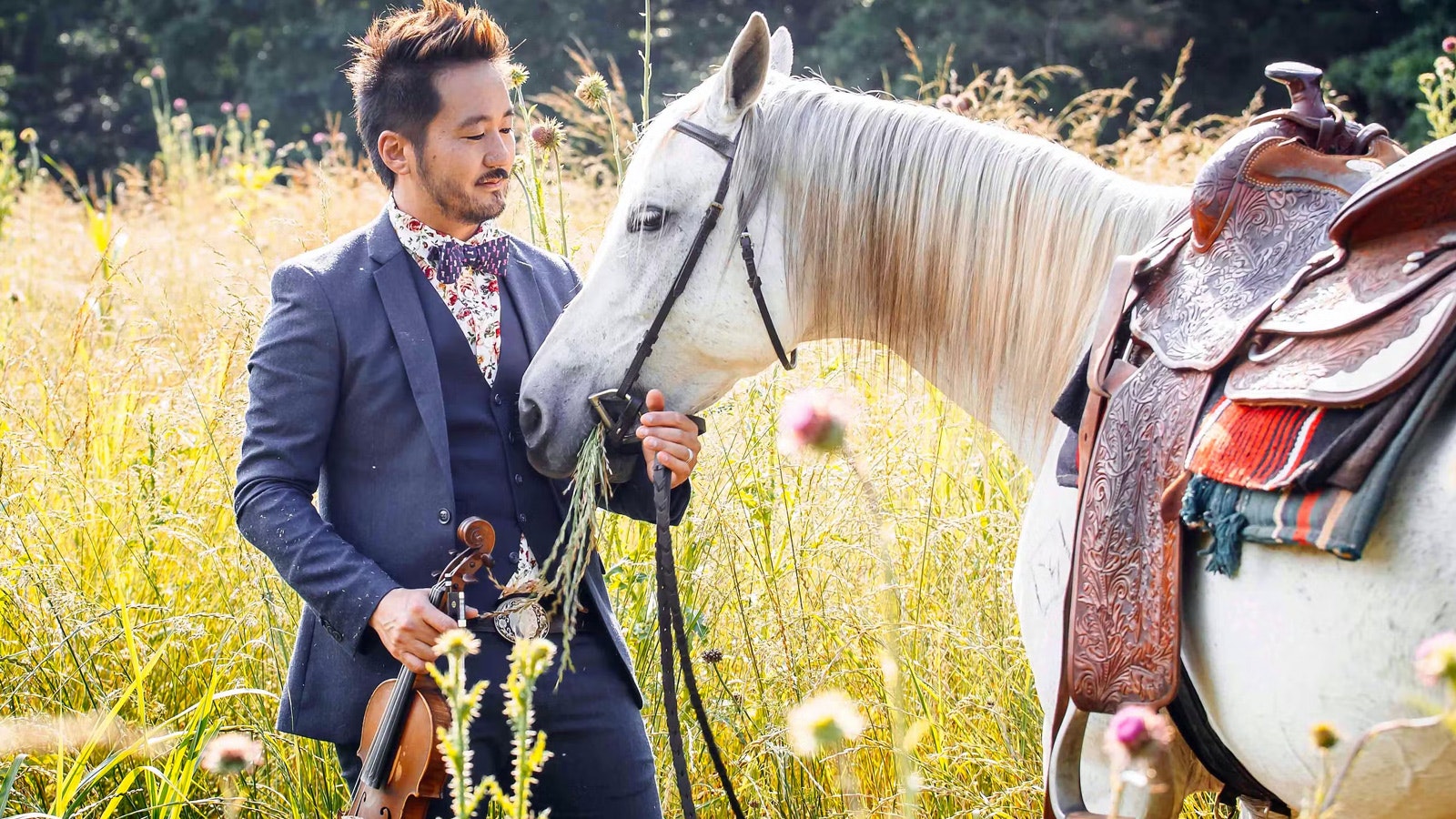 Venue upgrade!! Moved from The Deaf Institute due to popular demand. Original tickets valid for entry.

Kishi Bashi is the pseudonym of singer, multi-instrumentalist, and songwriter Kaoru Ishibashi. Born in Seattle, Washington, Ishibashi grew up in Norfolk, Virginia where both of his parents were professors at Old Dominion University. As a 1994 graduate of Matthew Fontaine Maury High School, he went on to study film scoring at Berklee College of Music before becoming a renowned violinist. Ishibashi has recorded and toured internationally as a violinist with diverse artists such as Regina Spektor, Sondre Lerche, and most recently, the Athens, Georgia-based indie rock band, of Montreal. He remains based in Athens.

Kishi Bashi is also the singer and founding member of the New York electronic rock outfit, Jupiter One. In 2011, he started to record and perform as a solo artist, opening for Sondre Lerche, Alexi Murdoch, and of Montreal. He supported of Montreal on their spring 2012 tour.

Shortly after Ishibashi debuted his full-length solo album “151a” on Indianapolis label Joyful Noise Recordings, NPR All Songs Considered host Bob Boilen listed Kishi Bashi as his favorite new artist of 2012 noting that he created “a radiant, uplifting soundscape” with songs such as “Bright Whites.”

Kishi Bashi has since been invited to play in major festivals such as SXSW and Austin City Limits and gone on an extensive US tour with supporting acts such as The Last Bison (from his native Hampton Roads, Virginia). In early 2013, Kishi Bashi held a North American tour across the United States and Canada, continuing in EU and UK in spring 2013.

Following on from “Sonderlust”, he released his album “Omoiyari” (a Japanese word for the idea of creating compassion toward other people by thinking about them) in 2019, in support of his feature length documentary “Omoiyari: A songfilm by Kishi Bashi” which explores minority identity and the Incarceration of Japanese Americans in WWII. After 4 years in the making and over $100,000 donated by backers across the globe, the film officially premiered at the SXSW Film Festival in March 2022.

In 2020 Kishi Bashi scored the entire soundtrack for the touching Apple TV+ kids show “Stillwater” with composer Toby Chu, and released it as an album featuring 18 tracks of uplifting orchestral tunes.

His Emigrant EP, released in 2021, is a very special companion piece to ‘Omoiyari’ and serves as a time capsule of the 2020 condition and a continuation of the concepts explored in ‘Omoiyari’.

In 2022 he announced the re-issue of his debut album 151a in honor of the 10 year anniversary of its original release, as his first double LP which includes original demo’s of all the album tracks. “151a (Demo-arigato Version)” is available now on all streaming platforms.