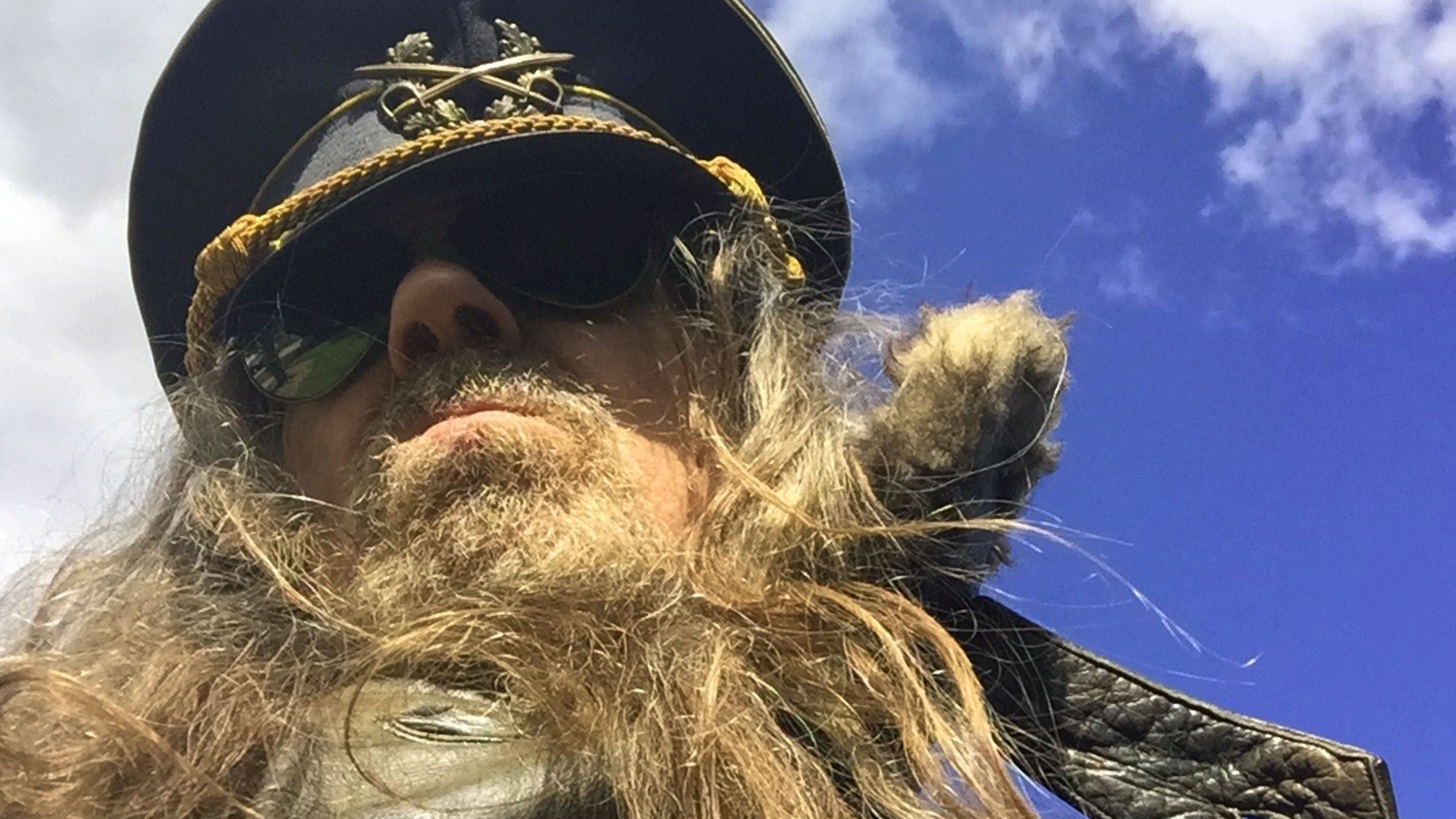 Julian Cope is a singer, poet, occultist and photographer who has enjoyed a 30-year career in the rock business, and is described by his Bloomsbury book publishers as a ‘visionary rock musician and musicologist, hip archaeologist and one-time front man of the Teardrop Explodes’. During that time, Cope has released over 20 solo albums, countless collaborative projects, and six acclaimed books, including his autobiography HEAD-ON and the much-lauded KRAUTROCKSAMPLER. Cope began his career in 1977, as bass player in the short-lived Liverpool punk group The Crucial Three, alongside future Echo & The Bunnymen singer Ian McCulloch, before forming the Teardrop Explodes in late ’78. This band’s four-year reign as a Top Ten chart act collapsed at the end of 1982, when Cope’s infamous love of munching LSD onstage proved too much for both his management and record companies. An attempt to re-launch his career ended in disaster in March 1984, when Cope ignored the presence of several important media figures in his Hammersmith Palais audience, and proceeded to lacerate his stomach in a drug-induced frenzy. A brief wilderness period ensued, during which time he and his young American wife Dorian moved back to Tamworth, the Staffordshire town of his childhood. Now remaining indoors for long periods and collecting 1950s Dinky Toys, it was during this time that Cope’s legendary FRIED album was released, featuring his signature death-and-resurrection lament ‘Reynard the Fox’ and clad in a record cover that showed Cope naked save for a giant turtle shell. In the late ‘80s, however, Cope made his welcome return to the charts with the single ‘World Shut Your Mouth’, and attendant album SAINT JULIAN, which was followed in the ‘90s by such acclaimed albums as PEGGY SUICIDE, JEHOVAHKILL and AUTOGEDDON. However, Cope now moved away from the rock’n’roll business and turned his attentions instead to making a detailed first-hand study of the occult, mythology and Britain’s prehistory. Throughout the mid-90s, Cope scoured the British Isles for lost stone temples of the first monument builders, incorporating three tours of the Highlands and Islands of Scotland in the process. After eight years of research, these results were published in his best-selling tome THE MODERN ANTIQUARIAN, a full colour 484-page hardback that shocked the publishing world by selling over 50,000 copies. Five years later, Cope followed up this extraordinary achievement with an even larger sequel entitled THE MEGALITHIC EUROPEAN that covered mainland Europe plus many of its islands. Cope has performed live with Sunn0))), also appearing as lead vocalist on their acclaimed album WHITE ONE, and has recorded three albums with his proto-metal power trio Brain Donor. He has also lectured three times at the British Museum. In October 2007, Cope’s JAPROCKSAMPLER was released to critical acclaim , followed by his 800-page rock’n’roll tome COPENDIUM, a vast repository of reviews and essays on mainly contemporary artists. Cope’s long-awaited debut novel for Faber & Faber – a Sardinian road trip entitled One Three One – appeared in 2014, accompanied by several soundtrack albums and a 12” single re-mixed by Andrew Weatherall. In the winter of 2017, Cope released his long-promised LP DRUNKEN SONGS. Featuring several tales of inebriation from various parts of the British Isles, the album accompanied his successful winter tour. Since then, he has been engaged in completing his long-promised tome LIVES OF THE PROPHETS for Faber & Faber.