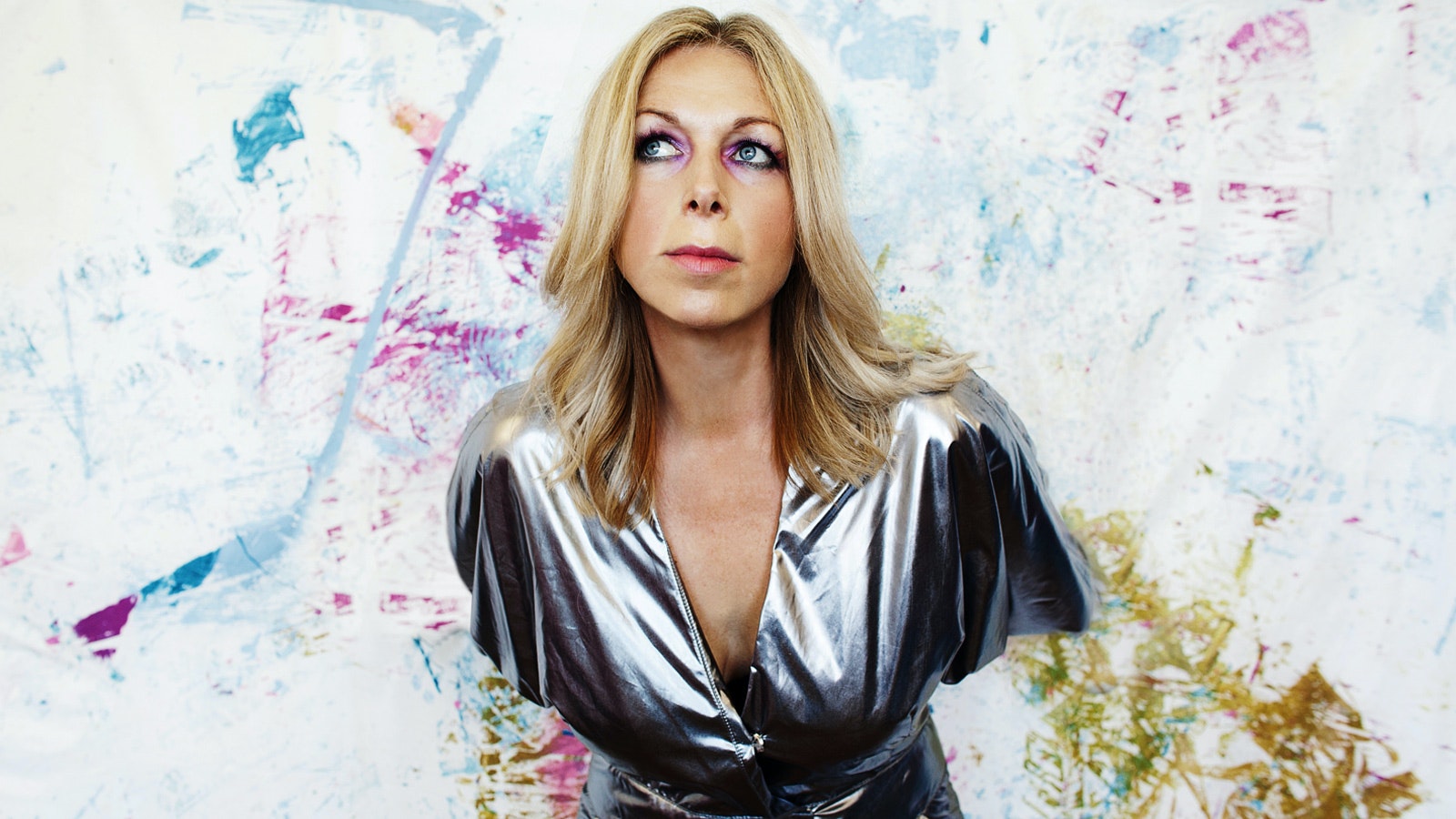 Set for release in 2021, new album ‘Flock’ is the record that she always wanted to make, the most genuine version of Jane Weaver, complete with unpretentious Day-Glo pop sensibilities, wit, kindness, humour and glamour.

As an unshakable figure in the UK’s experimental pop music landscape her self-propelled career has in recent years reached a critical zenith with unanimous praise for her work.

‘The Silver Globe’ was, in Jane’s own opinion, her most complete and realised commitment to vinyl to date and was released via her own Bird Records imprint in late 2014 garnering instant accolades. Gilles Peterson gave the first single ‘Don’t Take My Soul’ a Top Ten place in his best tracks of the year adding to the unanimous support of radio DJs like Jarvis Cocker, Marc Riley, Stuart Maconie, Lauren Laverne and Mary Anne Hobbs. Early DJ mix encouragement has also come from the likes of Andrew Weatherall and Beyond The Wizards Sleeve.

Accumulated in the ‘Loops In The Secret Society’ AV tour bringing both albums together, a visual live album of the performance soon followed revealing yet another dimension to her creativity in the lab-friendly blossoming of the Weaver vision.

New album ‘Flock’ is an untested fusion of seemingly unrelated compounds fused into an eco-friendly hum; pop music for post-new-normal times. Created from elements that should never date, its pop music reinvented. Still prevalent are the cosmic sounds, but it is a natural rebellion to the recent releases which sees her decidedly move away from conceptual roots in favour of writing pop music.

Jane’s lesser known creative endeavours have also seen her contribute sound installation projects to labels via Manchester’s Boomkat experimental imprint, various international theatrical institutes as a film re-composer, as a compiler for Finders Keepers records, and as an author of children’s books based on her visual collaborations with Klunkclick (Yo Gabba Gabba / Bobby Conn).

Meanwhile her presence as a live performer has been requested by the likes of Jarvis Cocker, Guy Garvey (Meltdown), Laetitia Sadier, Richard Hawley, Josephine Foster and Gruff Rhys and has flexed her knowledge in the DJ booth as a one-time member of Sean Rowley’s Guilty Pleasures DJ team. Jane’s music has appeared in fashion campaigns for Chanel and Chloe plus a wide range of TV and Cinematic productions including the soundtrack to ‘Kiss Of The Damned’ directed by John Cassevetes’ daughter Xan and on the award winning second series of ‘Killing Eve’.