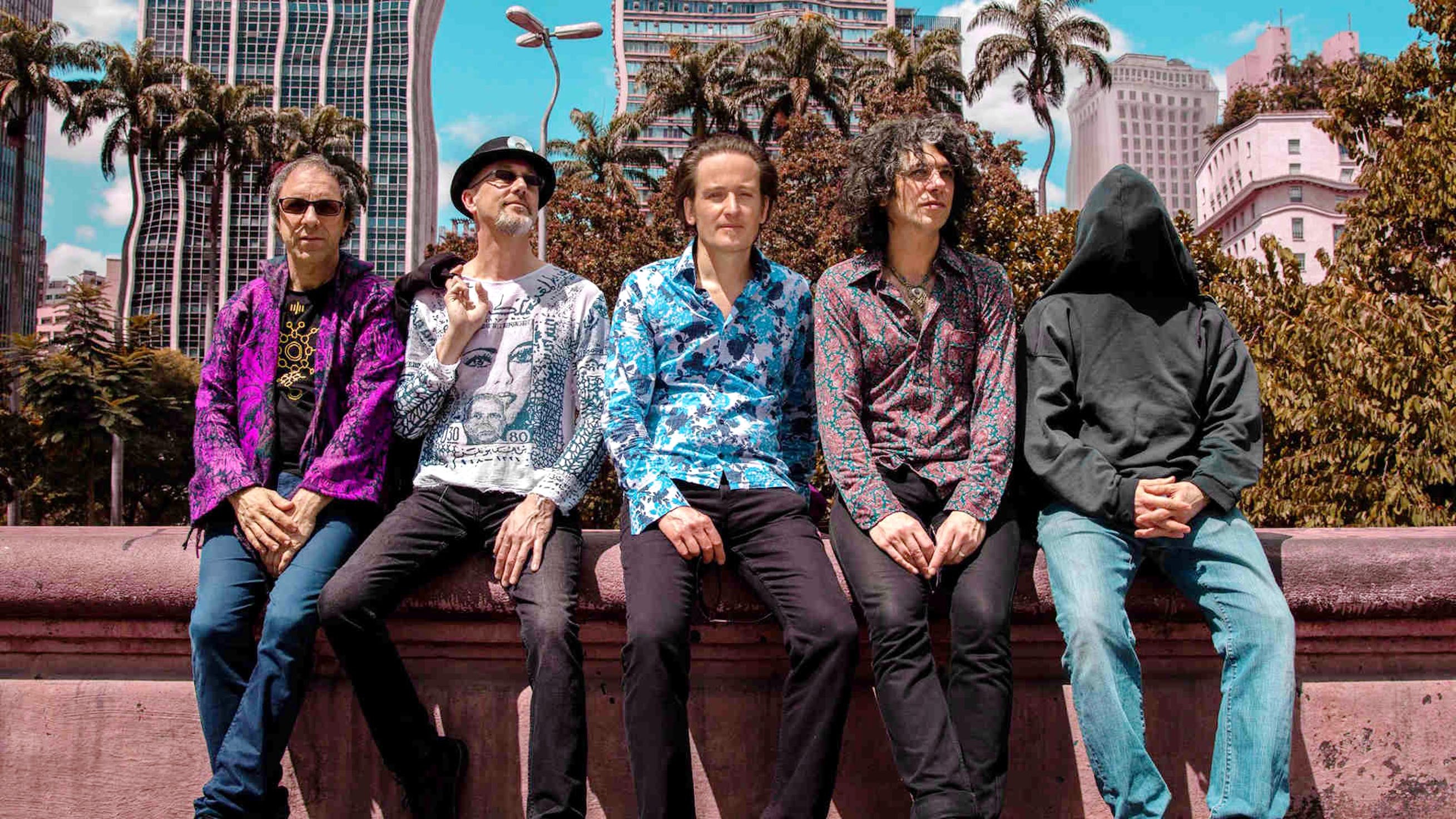 Psychedelic/prog warriors GONG play Gorilla on Tuesday 8 March 2022 as part of their huge ‘This is the moment and now is the time’ UK tour.

The ever metamorphosing entity that is GONG launches, as ever, into unknown – and unknowing – territory with a new tour for 2020, destined to be talked about, discussed, and argued over, up and down the land.

From its beginnings in a French commune in 1967, through the Virgin Records years, mismanagement, court cases, break-ups and rejoinings, deaths and rebirths – there has always been a continuous thread of beautiful, dangerous and extraordinary music.

The current holders of the flame have come together over the last eight years; sinuous bass player Dave Sturt joined just as the album 2032 was shown to the world; Ian East (Sax, Flute) was the next to blow in through the portal; Fabio Golfetti brought his guitars from Brazil (after working with Daevid Allen for many years); Kavus Torabi (lead vox and guitars) appeared to Daevid in a vision; Cheb Nettles (drums) just sort of turned up.

In 2015, Daevid Allen passed away. His influence and legacy were honoured on the band’s subsequent album, Rejoice! I’m Dead! (2016). Over the past year GONG has performed with Steve Hillage Band (himself a former member of the 1970s GONG line-up) and released the critically acclaimed album The Universe Also Collapses (2019).

Kavus Torabi takes up the story: “Having ended 2019 by actually levitating The Paradiso in Amsterdam, 2020 will see the radiant vehicle of Gong play shows in Brazil and Japan, visit Chile for the first time and perform in fields across Europe, before returning to the UK for a headline tour.

“November 2020 will be the most extensive UK tour of this Gong chapter thus far. We will be performing an immersive, expanded and transformative set which promises, at the very least, to affect the complete dissolution of ego and sense of self.”

This Is The Moment And Now Is The Time