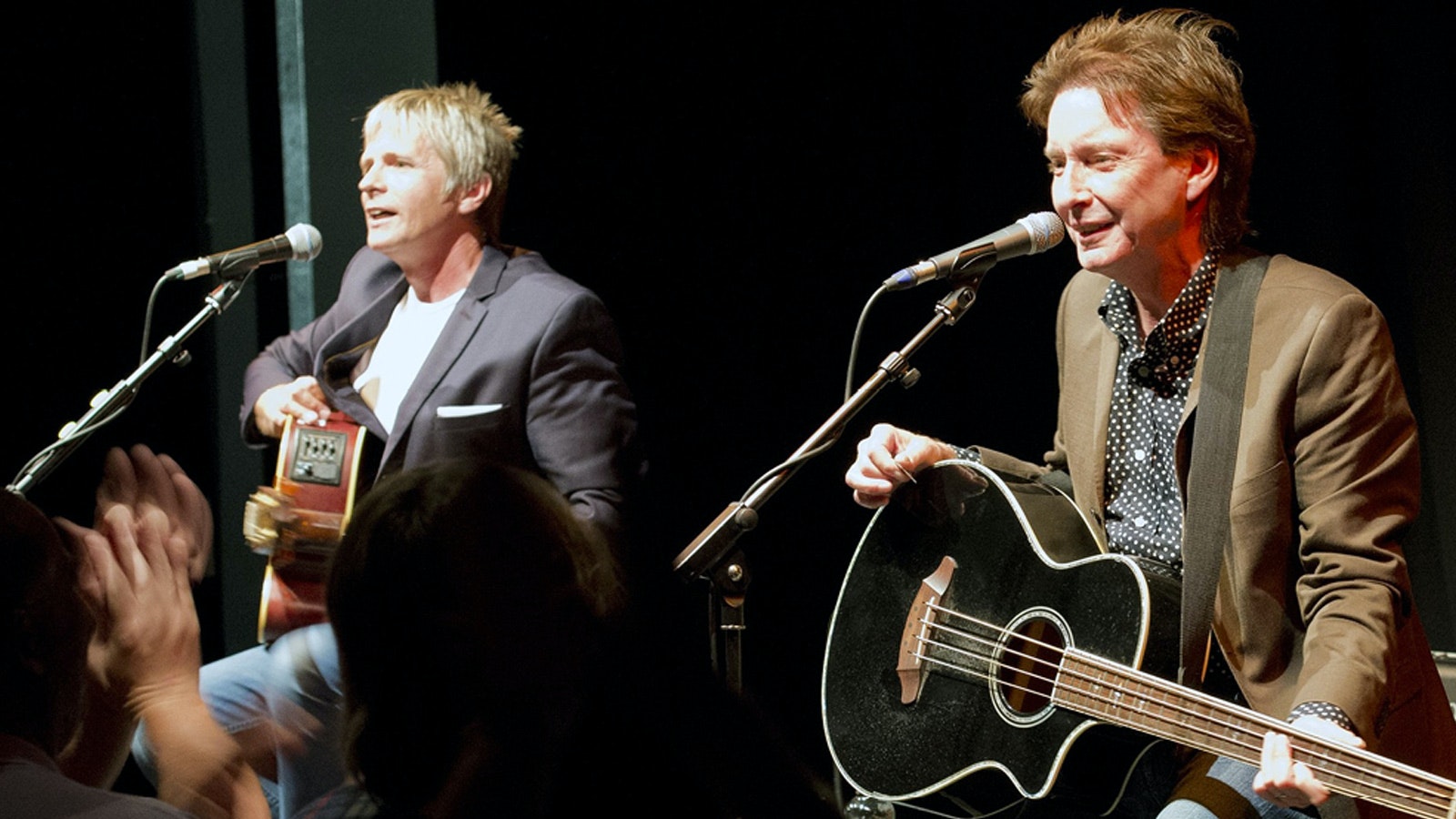 FROM THE JAM
‘That’s Entertainment’ The Acoustic Tour

The Jam had amazing chart success with 18 singles and 7 albums to make the top 40 in the United Kingdom from their debut in 1977 to their break up in 1982. Their last 5 albums were all top ten hits and their last 8 singles made it into the top 10. They were simply one of the most loved and important bands ever.

From the Jam are led by bassist/singer Bruce Foxton and Russell Hastings. Together they will be performing acoustic interpretations of The Jam’s classic back catalogue such as “Start”, “Town Called Malice”, “That’s Entertainment”, “In The City”, “Eton Rifles”, “Beat Surrender” and “Going Underground”.

Special guests tonight are one of the UK’s finest Rhythm & Blues Bands, Nine below Zero. Formed in 1979, they signed the following year to A&M Records and released the seminal “Live at the Marquee” LP. In 1981 their first studio album “Don’t Point Your Finger” was released and the band play alongside The Kinks & The Who. In 1982 they appeared on the BBC TV show “The Young Ones” with the track “Eleven + Eleven” before releasing arguably their finest album “Third Degree”.