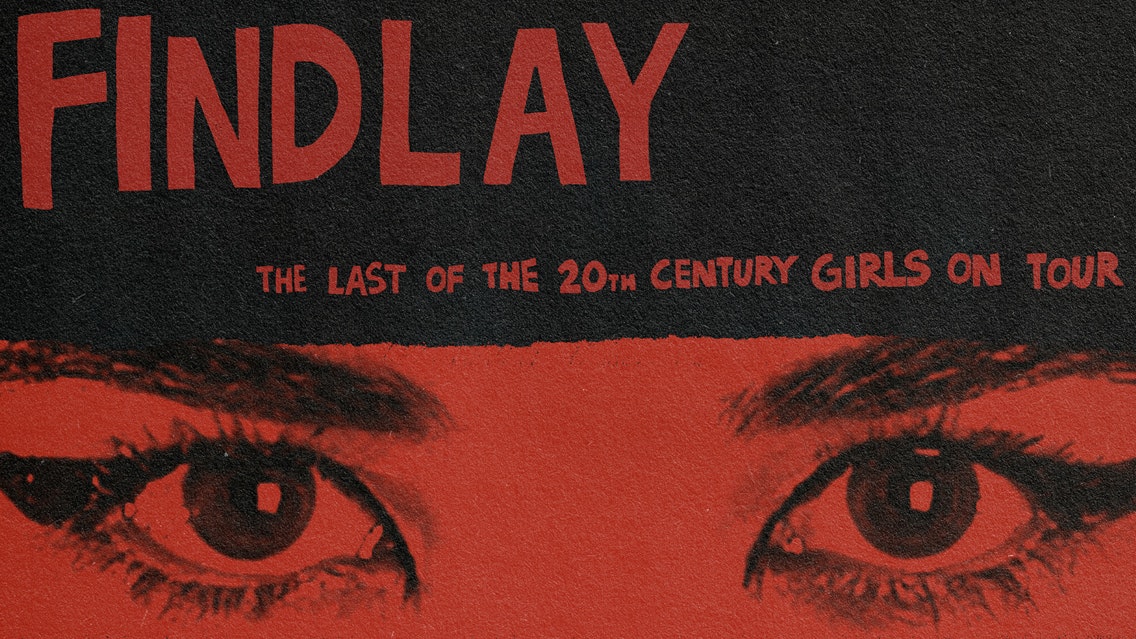 Natalie Findlay, known as Findlay is a singer, songwriter and multi-instrumentalist originally from Stockport, England. Crafting her own intimate reality within her songwriting, twisting wry humour and heavy subject matter, Findlay’s world is unique within itself. Since her debut album Forgotten Pleasures, Findlay also began another artistic project TTRRUUCES in 2019 with her long-time collaborator Jules Apollinaire, their debut album, a rock opera turned movie, came out during 2020 to critical acclaim. Findlay’s much anticipated second album ‘The Last of the 20th Century Girls” will be released on the 13th May 2022.