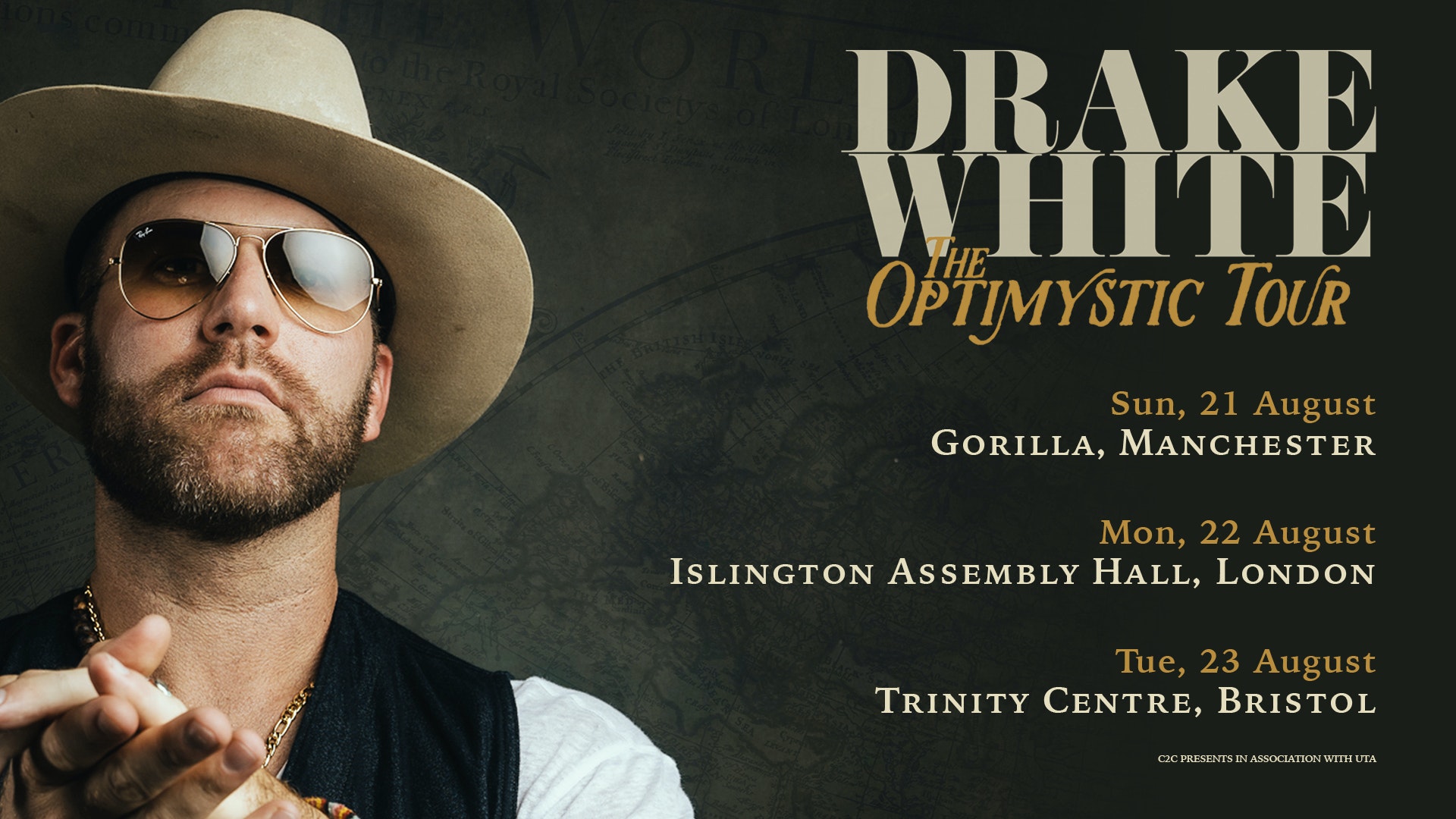 Drake White – Moved to Band on the Wall

Due to essential Network Rail maintenance in our venue this show has moved to Band on the Wall. Original tickets are valid for entry.

ABOUT DRAKE WHITE:
Drake White grew up singing in his church’s youth choir in Alabama before becoming one of Country music’s most spirited innovators, earning four Top 40 hits and traveling the country on multiple nationwide tours. His 2013 debut single “Simple Life” introduced his brand of Country Soul, which he cemented with 2016 debut album SPARK followed by the EPs ‘Pieces’ and ‘Stars.’ In August 2019, he collapsed on stage due to a hemorrhagic stroke, and doctors told him he might never perform again. After undergoing a series of operations to repair his Arteriovenous Malformation (AVM) and months of physiotherapy, White has proved them wrong, returning to the road to spread his incredible positivity to his fans. He’s currently on tour with Whiskey Myers and will return to his headline THE OPTIMYSTIC TOUR in Spring 2022. He just released his new album, THE OPTIMYSTIC, an inspiring glimpse into the journey he has taken over the past few years. White has received accolades including Rolling Stone’s 10 Country Artists You Need to Know, The Grammy’s Artist of Tomorrow and the British CMA Awards’ International Song of the Year and has shared the bill with Country music superstars like Luke Bryan, Eric Church and Zac Brown Band.