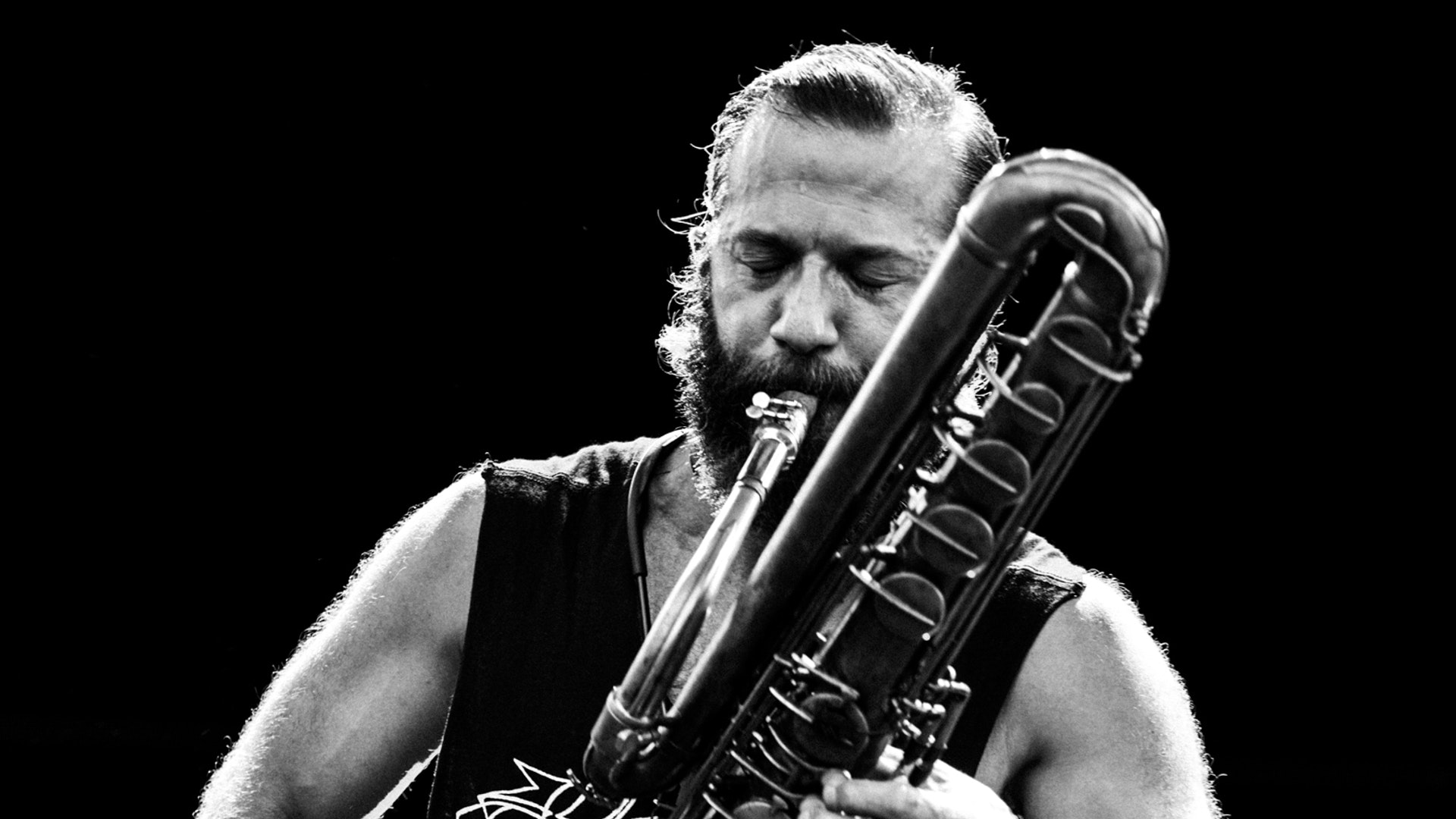 ***This show will now be taking place at YES on the same date. All tickets remain valid***

Colin Stetson has driven all the smoothness out of the saxophone. He creates technically perfect, intricate circular soundscapes, which he then destroys with excursions in the direction of Noise. He never ceases to extend the technical possibilities of his instrument, sometimes to the point of complete alienation. He uses the keys as percussive accompaniment and uses body microphones. He may make his instrument sound like a circular saw or the songs of whales, but his music always has a hypnotisingly melancholic atmosphere, even in the most brightly glistening tones.

There’s currently a lot of hype about Colin Stetson’s soundtrack for the horror movie “Hereditary”. The hype is well deserved. No doubt about it, he’s a film composer – and one who manages to capture the darkness and speed of the Zeitgeist in a way that it can be endured emotionally. And much more too: He makes you want to listen to his music over and over again. That’s a quality boasted by very few pieces of contemporary music. Stetson is frequently defined by his collaborations with other musicians such as Tom Waits, Arcade Fire, Bon Iver, TV On The Radio, Feist, Laurie Anderson, Lou Reed, Bill Laswell, Evan Parker, The Chemical Brothers, Animal Collective, Hamid Drake, LCD Soundsystem, The National, Angelique Kidjo, Fink or David Gilmore. The list is impressive, but let’s not forget his brilliant CD debut “New History Warfare”, which was released back in 2008, or its worthy successor from 2011, “New History Warfare Vol. 2: Judges”. “New History Warfare Vol. 3” was released in 2013, followed by his first duo project in 2015 with his partner at the time – Sarah Neufeld from Arcade Fire – entitled “Never Were the Way She Was”. He stubbornly transcends the boundaries of genres such as Avant-Jazz, Noise/Drone/Minimalism, Dark Metal, Post-Rock or Contemporary Electronics. And then there’s the flagship album of Stetson’s own label 52Hz: “SORROW: A reimagining of Gorecki’s 3rd Symphony”, a bold reinterpretation with a star-studded cast of fellow musicians. Apart from collaborating with Greg Fox, Shahzad Ismaily and Toby Summerfield on the EX EYE project and creating his latest solo album “All This I Do For Glory”, he also found time to compose the soundtrack for “Hereditary”. What will he do next? (Sandra Hupfauf)