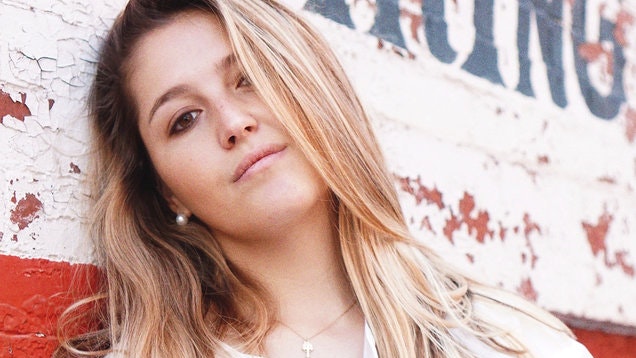 Hailing from Westport, Connecticut, Chelsea Cutler is a singer, songwriter, and producer of introspective EDM. A multi-instrumentalist, she grew up making music but became interested in recording and production at the age of 17. Cutler began uploading covers of artists spanning the Tallest Man on Earth and ODESZA in 2014, and as a freshman at Amherst College, she shared the original song “Anything for You” in late 2015. “Wake Up” followed in 2016 as she started to be featured on songs by EDM and indie electronic acts such as Kidswaste, Louis the Child, and Kasbo, garnering millions of streams between them. In 2017, her own songs “Your Shirt” and “Sixteen” were met by a growing fan base, and Cutler scored a record deal with Sony affiliate Ultra Records. Her debut on Ultra, “You Make Me,” was released in August 2017 and hit the Billboard viral chart just as Cutler, a member of Amherst’s soccer team, began her junior year of college. Her first EP, Snow in October, followed that October. In 2018, she entered a prolific period, delivering two mixtapes, Sleeping with Roses I and II, followed in 2019 by the brent EP, a collaboration with Jeremy Zucker. Additional solo singles arrived throughout the remainder of the year including “Lucky” and “I Was in Heaven.”