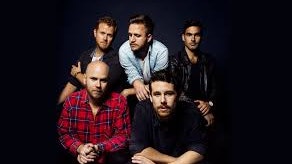 The wait is now over with Boy & Bear returning with a triumphant new single, ‘Hold Your Nerve’, their first new music since the release of the soon to be platinum, #1 ARIA album, Limit Of Love (2015).
Along with the release of ‘Hold Your Nerve’, the five-time’s ARIA winners have announced their global tour beginning in Brisbane, Perth, Melbourne & Sydney in August then shows in North America, UK & Europe.
Produced by Boy & Bear and Collin Dupuis (The Black Keys; Lana Del Rey) and mixed by Tom Elmhirst (Amy Winehouse, Beck, Adele), the single is the first taste of their fourth studio album penciled for a release later this year. Even though on the surface ‘Hold Your Nerve’ charts the story of front-man Dave Hosking & his current partner’s failed first attempt at their relationship, dig deeper & it reveals the backdrop of a debilitating illness front-man Dave Hosking has been dealing with since 2011.
For an act at the peak of their career, with a #1 album in Australia & selling out venues such as the Hordern Pavilion & Riverstage, the band made the decision to take 2017-18 off the road to give Dave time to focus on his health. it was a decision fraught with uncertainty & anxiety. But there was no question that Hosking’s wellbeing was the priority. Whereby Limit of Love was written collaboratively, the band spent months of 2017-18 trying out new writing ideas as Hosking rode an emotional & physical rollercoaster.
Hold Your Nerve’ is their first step back into the light.