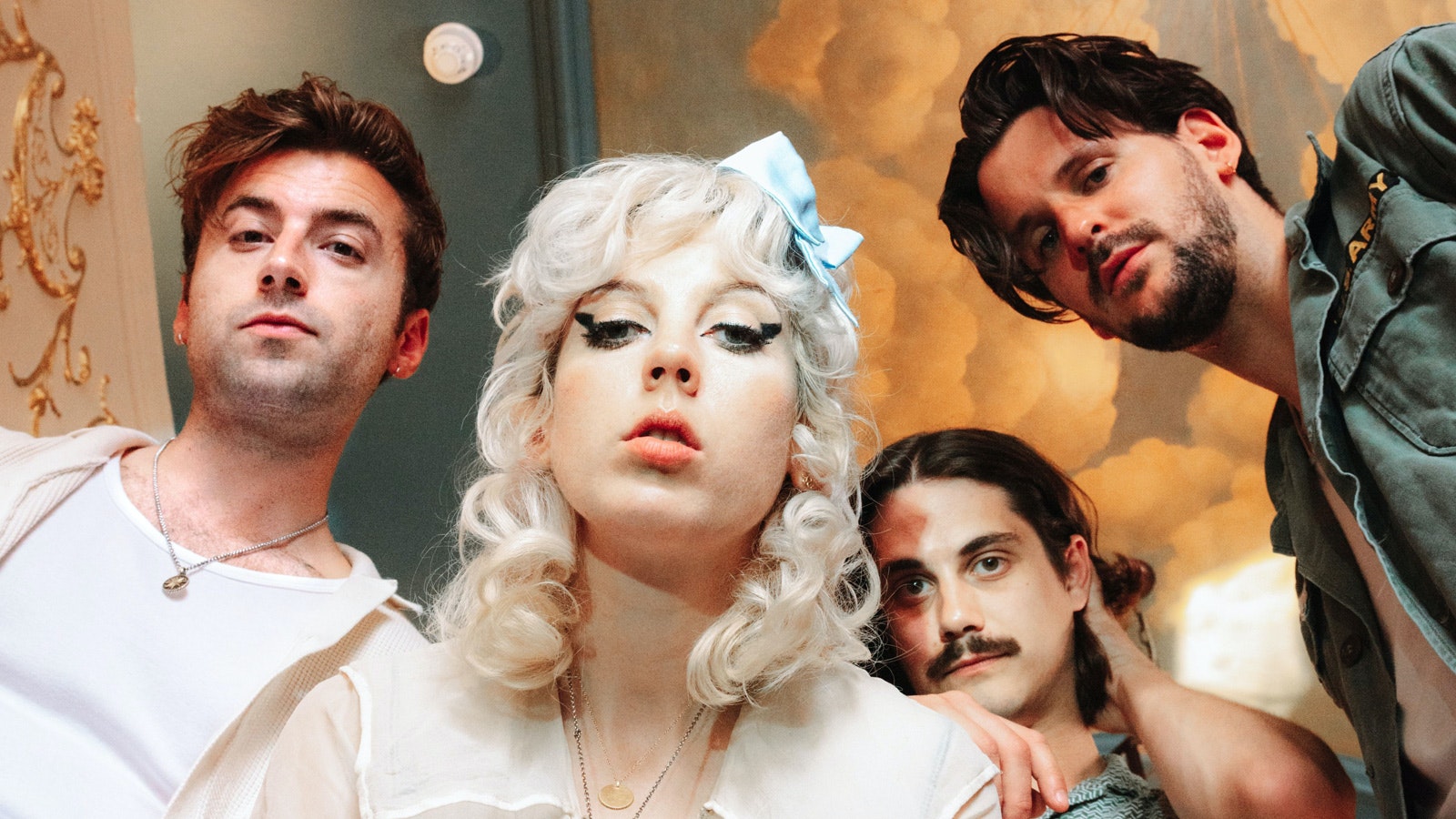 Fantasy and escapism are all well and good, but what happens when you strap in, buckle up and set a course straight to the core of your own cold, hard reality?

For two albums, Brighton quartet Black Honey – firebrand frontwoman Izzy Bee Phillips, guitarist Chris Ostler, bassist Tommy Taylor and drummer Alex Woodward – have been living in a glitter-specked, sepia-tinged magic kingdom of their own making. It’s undeniably served them well. Rising from cult underground favourites on their self-titled 2018 debut through to a genuine breakthrough success story on 2021’s Top 10-charting follow up ‘Written & Directed’, the band have amassed a legion of fans to their constantly shifting canon of fizzing, visceral indie and nostalgia-soaked pop – a following that, in the past year alone, has seen them handpicked to support Liam Gallagher, The Libertines, IDLES, The Vaccines and more, on top of their own sold out headline tour.

Izzy, meanwhile, has become something of a Pied Piper for life’s outliers, for the people that resonate hard with her own memories of struggling through youth and desperately attempting to find connection and understanding in an often impossible world. You can see the results in the front row of any Black Honey show; dedicated fans presenting in all forms that embrace the band’s message of acceptance. But it’s not until now that the singer has fully, 100% bared her soul herself.