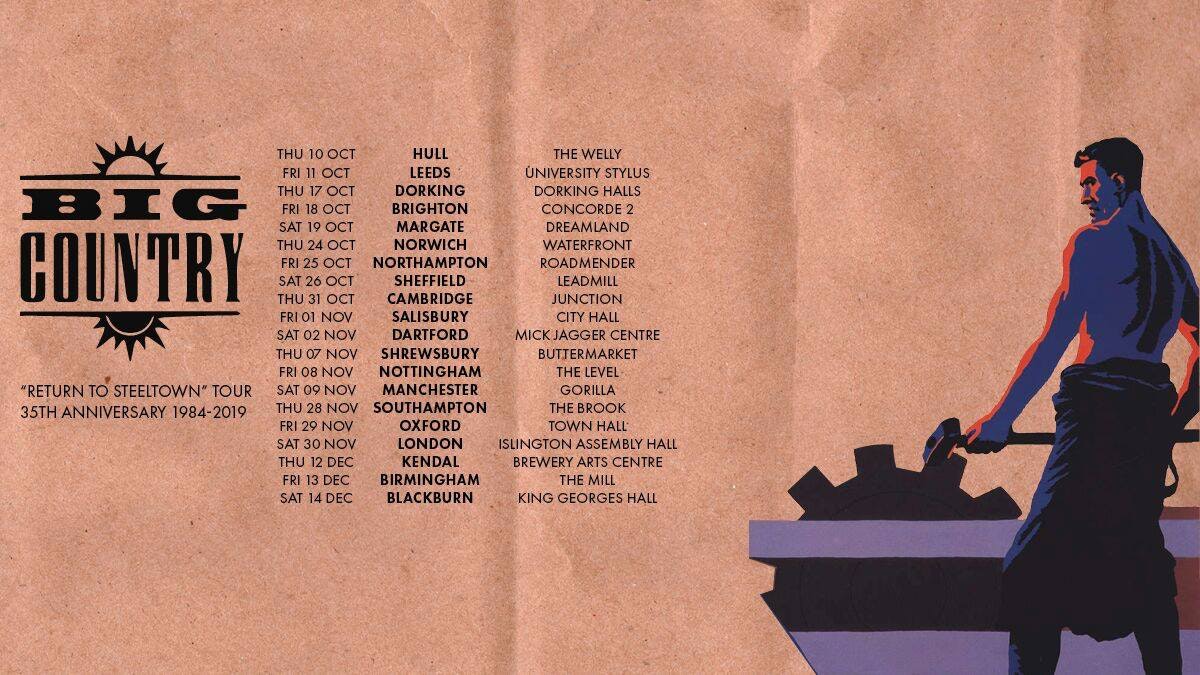 ‘Steeltown’ was the second studio album by Big Country which was recorded at ABBA’s Polar Studios in Stockholm with production from Steve Lillywhite. Released in October, 1984 Bruce Watson remembers the time very well, amid the nationwide strife back in the UK, fully in the grip of the Miners Strike: “We started work on Steeltown back in June 1984 at Abba’s studio. My Dad was a miner, so what we did was knuckle down to hard work for six weeks”.

Regarded by many as a classic, the multi-million selling ‘Steeltown’ went straight to the #1 slot in the album charts.

Big Country will be performing songs from the album as well as the classic hits and live favourites including:’Fields of Fire’, ‘In A Big Country’, ‘Chance’, ‘Wonderland’, ‘Look Away’ and many more..