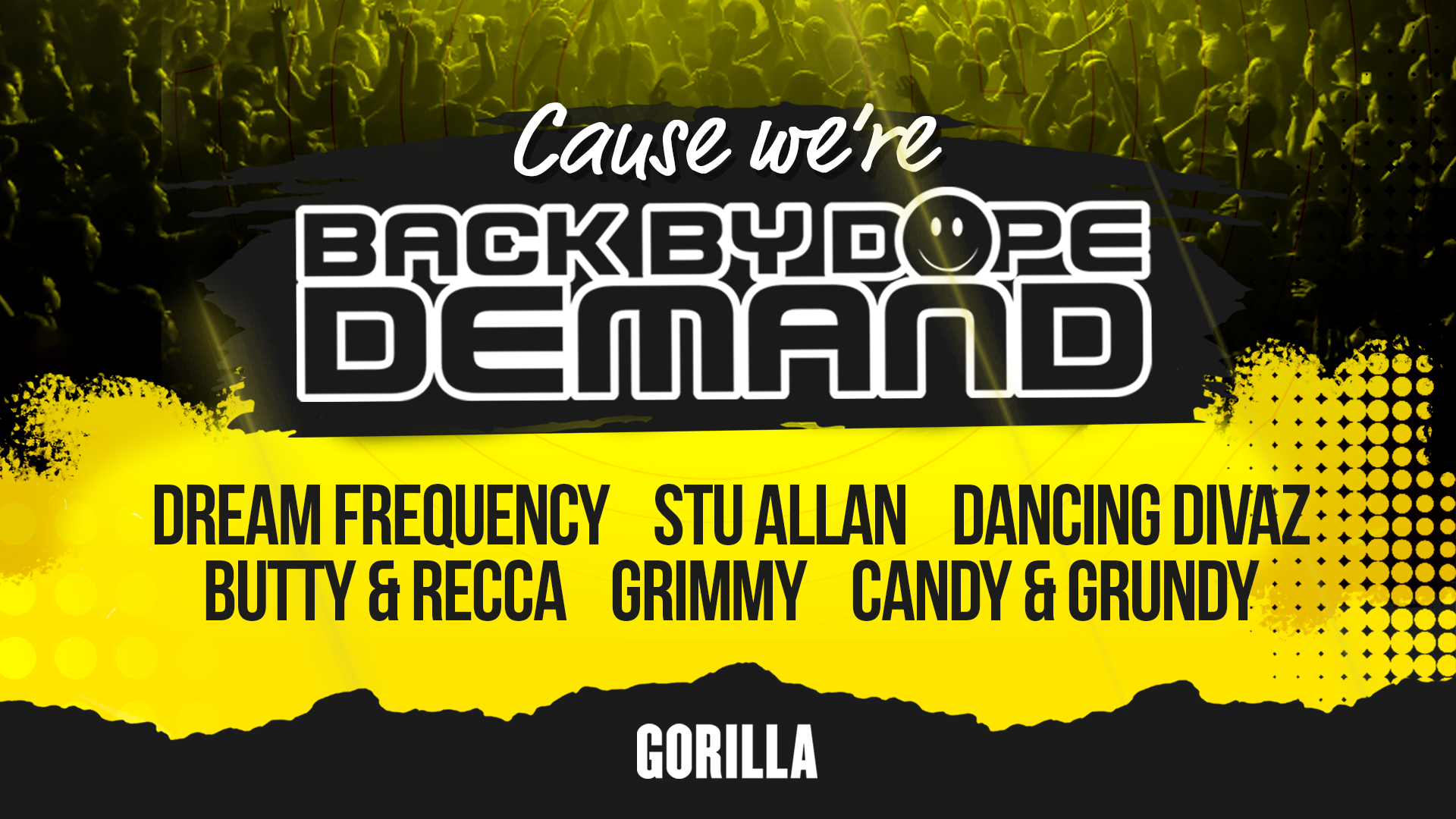 BACK BY DOPE DEMAND

Expect the none stop hands in the air piano anthems.

Dream Frequency who brought us “Feel So Real”, which peaked at No. 23 in the UK Singles Chart and then Shortly thereafter, “Take Me” which reached No. 39 in the UK chart.
Dancing Divaz responsible for producing and remixing some of the biggest clubland floor fillers including 3 is family.
Stu Allan who made his name at Key 103 in Manchester during the 1980s and 1990s. His mixes ranked him the world’s No. 3 DJ by DJ Magazine in 1993 and his performances influenced significantly the music scene during this period. Stu Allan today remains a major contributor within the UK hardcore scene.