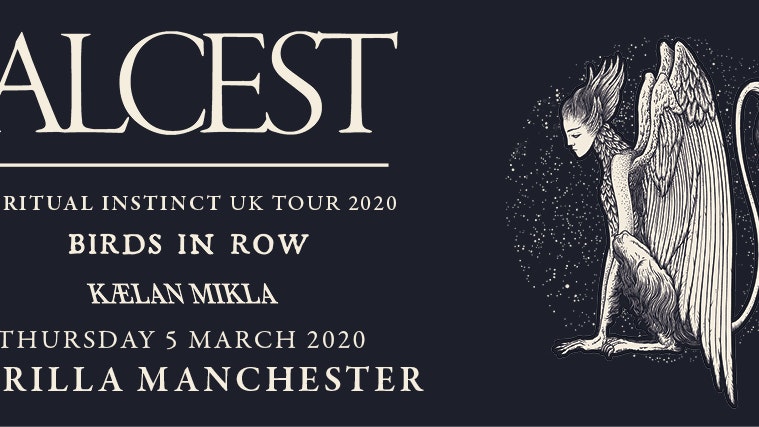 ALCEST was founded in 2000 by songwriter and multi-instrumentalist Neige and later joined by drummer Winterhalter in 2009. Labeled as pioneers of post metal/shoegaze or “blackgaze”, ALCEST crafted a unique sound based on musical opposites from their very first EP “Le Secret” (2005), and through their full-length releases “Souvenirs D’Un Autre Monde” (2007), “Écailles De Lune” (2010) and “Les Voyages De L’Ame” (2012).

Since its beginnings, the conceptual project is based on a personal spiritual experience portrayed by Neige in the otherworldly melodies and lyrics of the band.
In 2014 their 4th album “Shelter” marked the band’s departure from the metal sound, in favor of dream-pop aesthetics, while the follow-up “Kodama” (2016), was inspired by Hayao Miyazaki’s anime “Princess Mononoke” and picks up on the fate of a protagonist dealing with the sensation of not belonging and living in between worlds. The album marked the group’s return to the style of its early works.

After excessive touring, Neige felt exhausted and faced the darker aspects of his personality. While fighting to reconnect with his spiritual essence, he wrote the most cathartic record to date, “Spiritual Instinct”. The 1st album to be released via Nuclear Blast in 2019, melts the heavy and lighter aspects of the band and sounds darker than most of its predecessors while dipping ALCEST’s toes in a multitude of styles without ever fitting in – and therefore proving them once again as pioneers of their own genre.