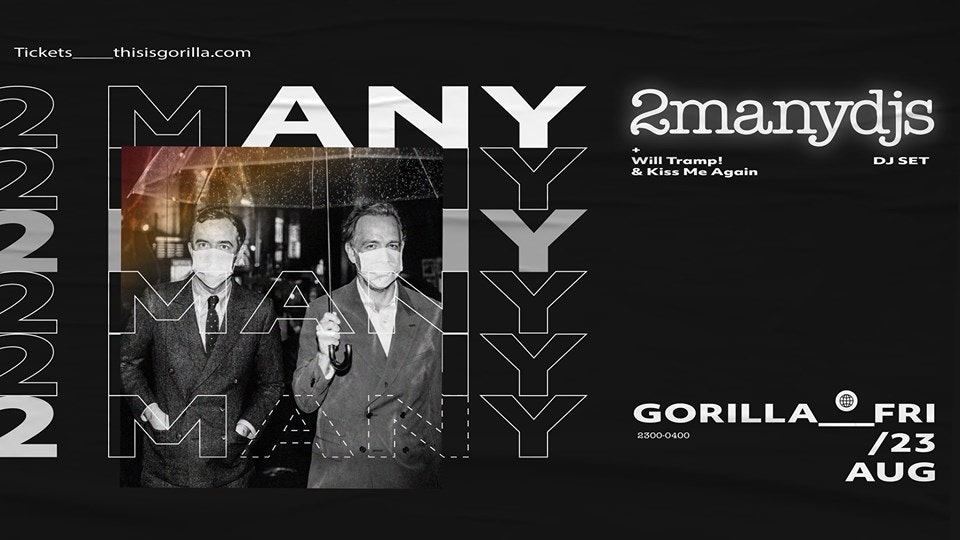 From politically incorrect prog-rock to funky r&b, from trendy hiptrop to banging German techno, ja: if it gets a booty going, the Dewaele brothers have it in their record collection.

Fans of quality left-of-centre rock music will know Soulwax from their highly acclaimed album ‘Much Against Everyone’s Advice’, which made it into the British Top 40 and got rave responses in Japan and Australia. But there’s much more to the two brothers than meets the eye. Apart from being chairman of the Belgian Carpenters Association (Stephen) and having a black belt in tae kwon do (David), they are also masters in blending the finest products of music history together into a catchy, hilarious and -above all- intriguing groove exploration.

2manydjs will be joined by Homoelectric’s Will Tramp & the Kiss Me Again gang!

Free pre party in the bar from 8pm with Kiss Me Again.