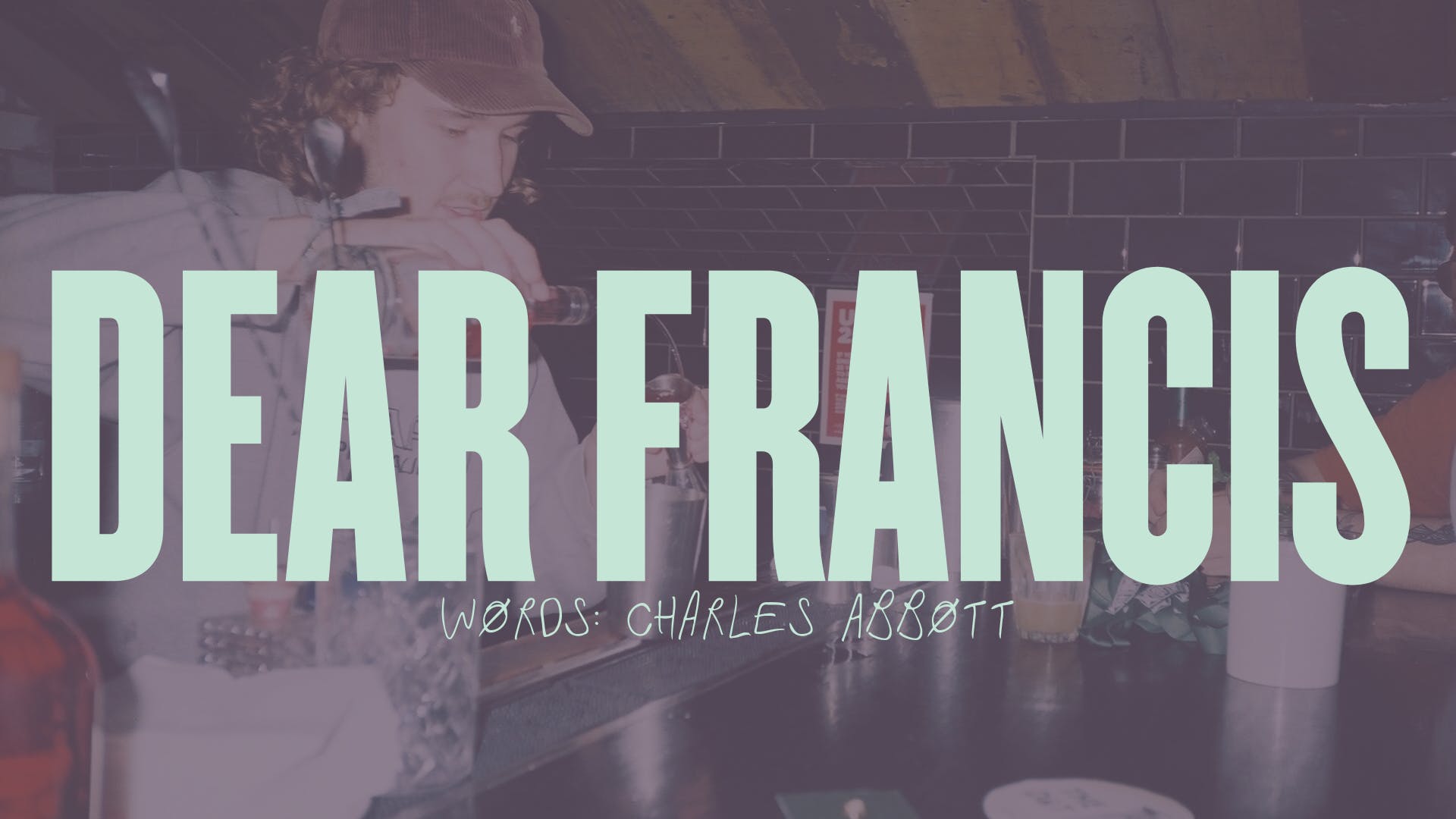 Our first instalment of Dear Francis:

Since its inception, Drum and Bass has held a firm seat in the heart of club and nightlife culture up and down the UK, with an unwavering following of support, Drum and bass has weathered the storms and seen through all different trends the club scene has endured, still evolving and holding its ground as a mainstay in rave culture. With the recent tragic death of Prodigy frontman Keith Flint, our eyes and ears have been cast back to those years of Hardcore rave music and proto drum and bass which led to that Golden era of earth-shaking breaks and brutal basslines.

This summer especially has seen a revitalisation into the scene, Dekmantel festival, primarily known to have its feet firmly planted in House and Techno has even been flying the Junglist flag. With sets from British heavyweights; Skee Mask and Bruce both ending their performance’s with 160 BPM breaks, not to mention Afrodeutsche (a manchester native) shelling down the Boiler room stage with Prodigy’s ‘Out of Space’, which would be unheard of until now. It seems the Jungle genre, once seen as a purely British scene, is now doing its thing in mainland Europe – Producers such as ‘Coco Bryce’ and ‘FFF’ (both hailing from the Netherlands) are two of the most respected and forward-thinking heads in the game. This excitement within the genre that is being felt all across mainland Europe shows the relentless energy that is still being injected into the scene, in and outside of the UK.

When it comes to Drum and Bass, there is no name that carries more weight than the hundred-carat king ‘Goldie’. An auteur and a Pioneer, he has helped nurture the scene from shortly after it was birthed and has continued to champion new artists and artistic directions that have come to thrive. His seminal label ‘Metalheadz’, was founded back in 1994, where on shortly after this he released his masterpiece ‘timeless’. This year marks 25 years since the label started running and so to mark the massive growth the scene has seen since then, Goldie is taking to the road to perform a limited number of Sets across the UK to mark this milestone. The set will be covering the many styles of sound Metalheadz and D and B has seen throughout its rich history. Gorilla is honoured to be one of the few places that will see this benchmark in the scene go down within our walls.