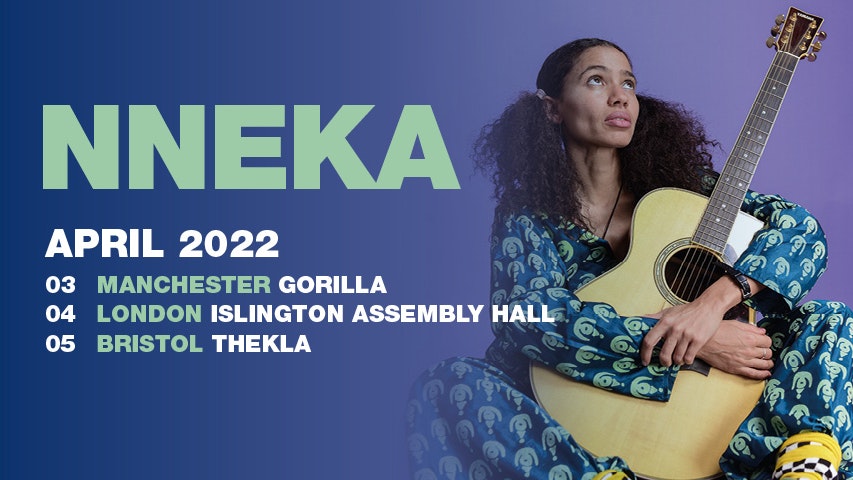 BORN AND RAISED in Warri Delta State of Nigeria, Nneka spent her childhood and early adult life growing up in the oil city of Nigeria.Originally from Anambra state Nneka is Igbo. Nneka Lucia Egbuna means in igbo “mother is supreme.

Her politically charged lyrics swiftly established her as one of Africa’s most powerful voices. Nneka’s lyrics examine a myriad of social issues, including maternal love, love for the divine creator, worldly “heartbreak” and the quest for justice. Working tirelessly over the last decade, Nneka has released 5 previous albums – Victim of Truth, concrete jungle in the US, No Longer At Ease and Soul Is Heavy as well as an EP called my fairy tales. Her single Heartbeat [2009] scored her a UK Top 20 hit and spun a feature by Nas and was also sampled by Rita Ora for her #1 UK hit R.I.P. Hip hop Artist Drake also sampled her for the original of the RIP song.